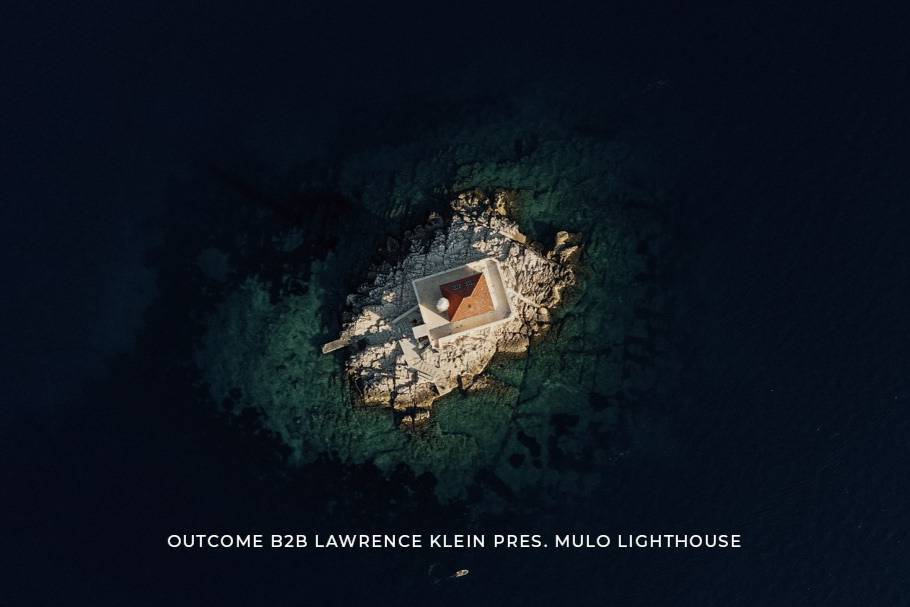 Thursday, July 2, from 9 pm we will broadcast the video DJ set Outcome b2b Lawrence Klein pres. Mulo Lighthouse. Lighthouse built in 1873. on small island Mulo, raised from sea near pearls of Adriatic sea Rogoznica and Primošten, is made to be backdrop of DJ set duo Outcome in b2b edition with Lawrence Klein. Just like lantern whose white tower defies the blue infinity of the day and in night infuses security to seamans and fishermans like antic Kolos, music of these ancestors of modern and melodic sound with its magical tones iluminates croatian everyday music and presents road sign for the best of production that tomorrow brings. Recording of video DJ set on Adriatic lighthouse Mulo is extension of the series Soundtrack Croatia which has started this spring in beautiful environment of National park Krka, with ambient music set RatCat resident Lawrence Klein. In the weeks to come, with such audio-visual postcards from most beautiful locations in Croatia, the best international and local musicians will present themselves.