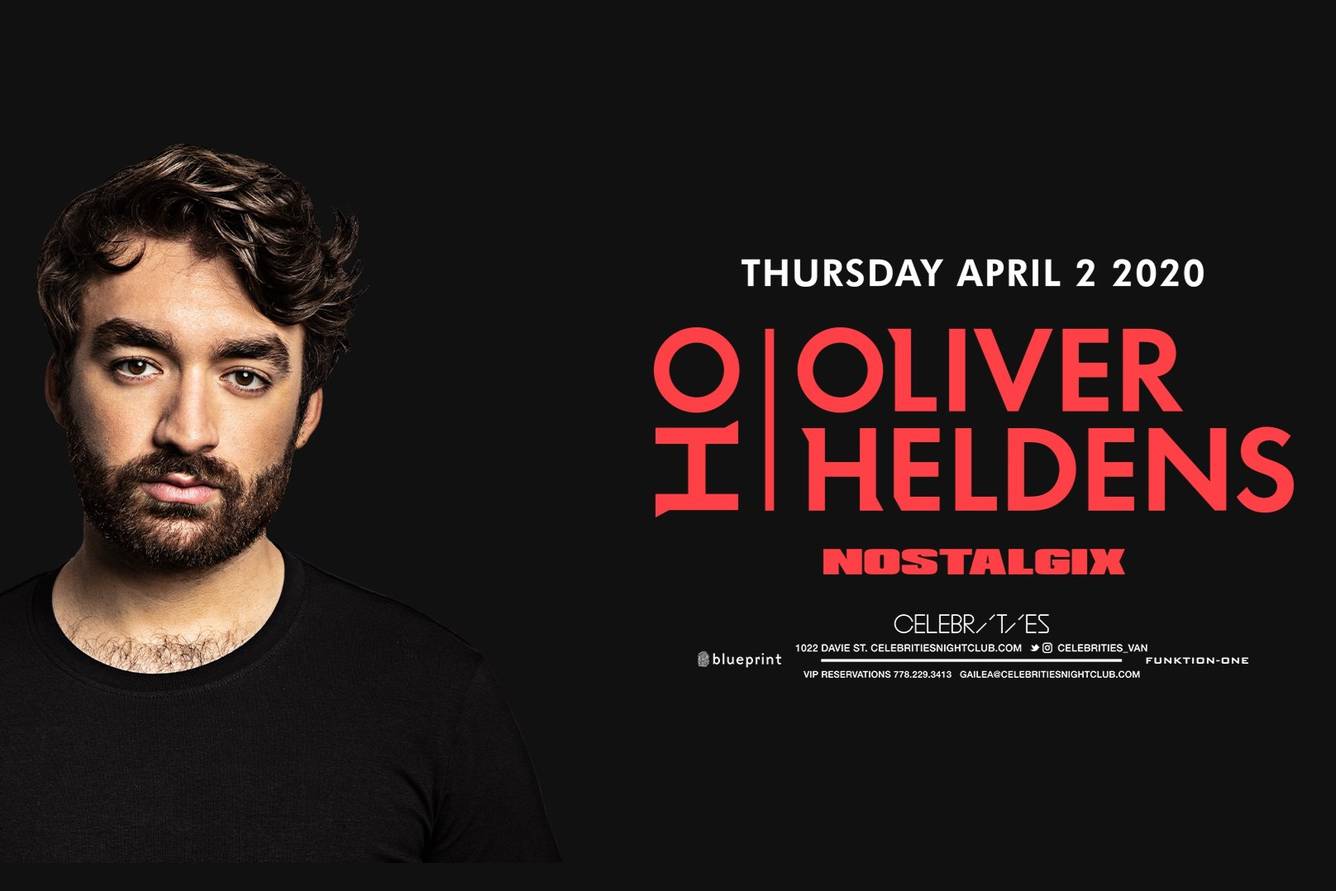 We got a favourite coming back! Dutch DJ/producer Oliver Heldens touches down in Vancouver on Thurs, Apr 2nd as he takes over Celebrities Nightclub w/ support from Nostalgix.