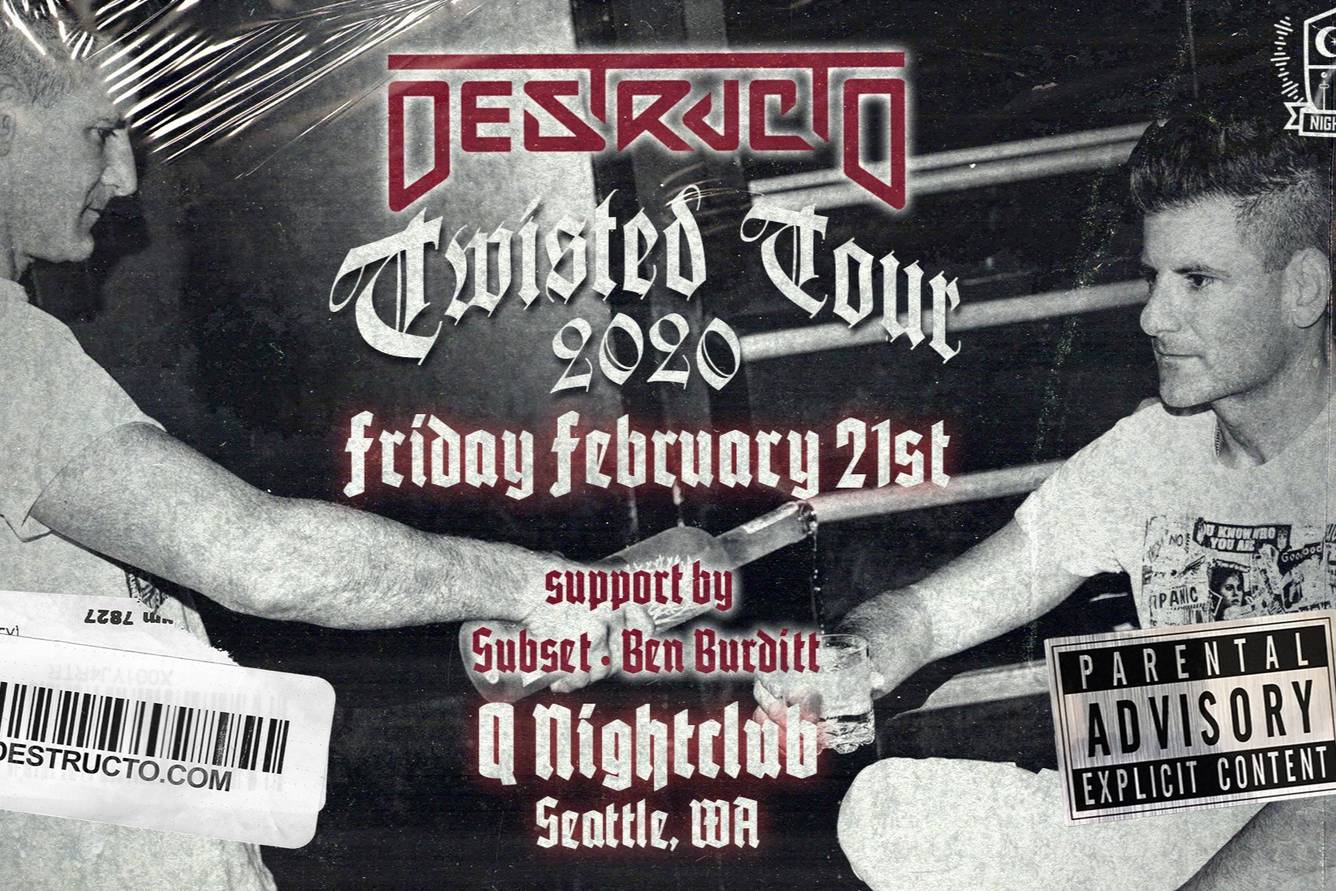 DESTRUCTO
Since 2011, DESTRUCTO aka Gary Richards has dominated the dance floor on his own terms. He went from the acclaimed Technology EP and Higher EP to high profile remixes for artists as diverse as Depeche Mode, Giorgio Moroder, Major Lazer, Rob Zombie, Digitalism and more. 2014 saw the precision-guided producer in the realm of g-house introduce his singular solo style with the West Coast EP, boasting collaborations with YG, Ty Dolla $ign, Problem, Too $hort, Warren G and Kurupt. Along the way, he's touched down for shows everywhere from Australia and Fiji to Tokyo and Ibiza in addition to crisscrossing the country on alongside the likes of D.R.A.M., E-40, iLoveMakonnen, Anna Lunoe, Wax Motif, REZZ, Felix Da Housecat and more.

SUBSET
You can never be completely sure what you’re in for when you see Subset perform - even he isn’t too certain what to expect. Honing his craft over the past six years in the demanding and eclectic New York City scene, Subset has soaked up the variety of music NYC has to offer and developed his unique sound by finding ways to weave all of these loose threads together. From his weekly bass music party at Webster Hall (BASSment Saturdays) to his renegade sets at festivals around the country to massive sets at Holy Ship!, Camp Bisco, and Burning Man, Subset knows just what to play to set the perfect tone, no matter the setting.