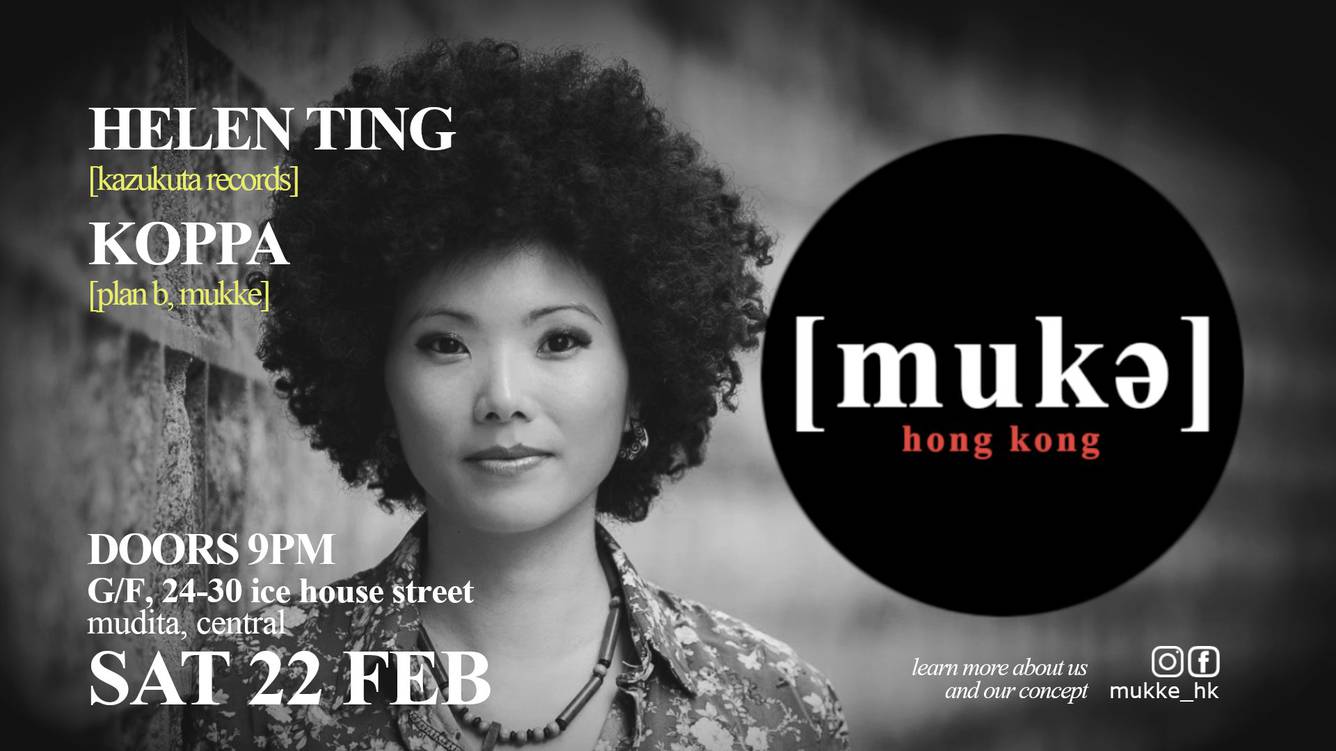 ADMISSION: At the door $150, including one drink

Helen Ting
If music is an expression of the soul, Helen Ting (Kazukuta Records) is an expression of music.
Her siren sounds and sexy persona have consistently hypnotized crowds all across the world. Helen played Watergate (Berlin, DE), WMC Miami (US), ADE Festival (NL), Mi Casa Es Su Casa (MX) to name a few, next to her gigs in Africa and Croatia.

Koppa
Helen will be supported that night by Koppa, who played for over 10 years his take on electronic music as Kevin Coppa in Siegen (DE) and surrounding clubs such as Plan B, Dee2, legendary Monokel Club and lA hAciendA locA / locA3 events.