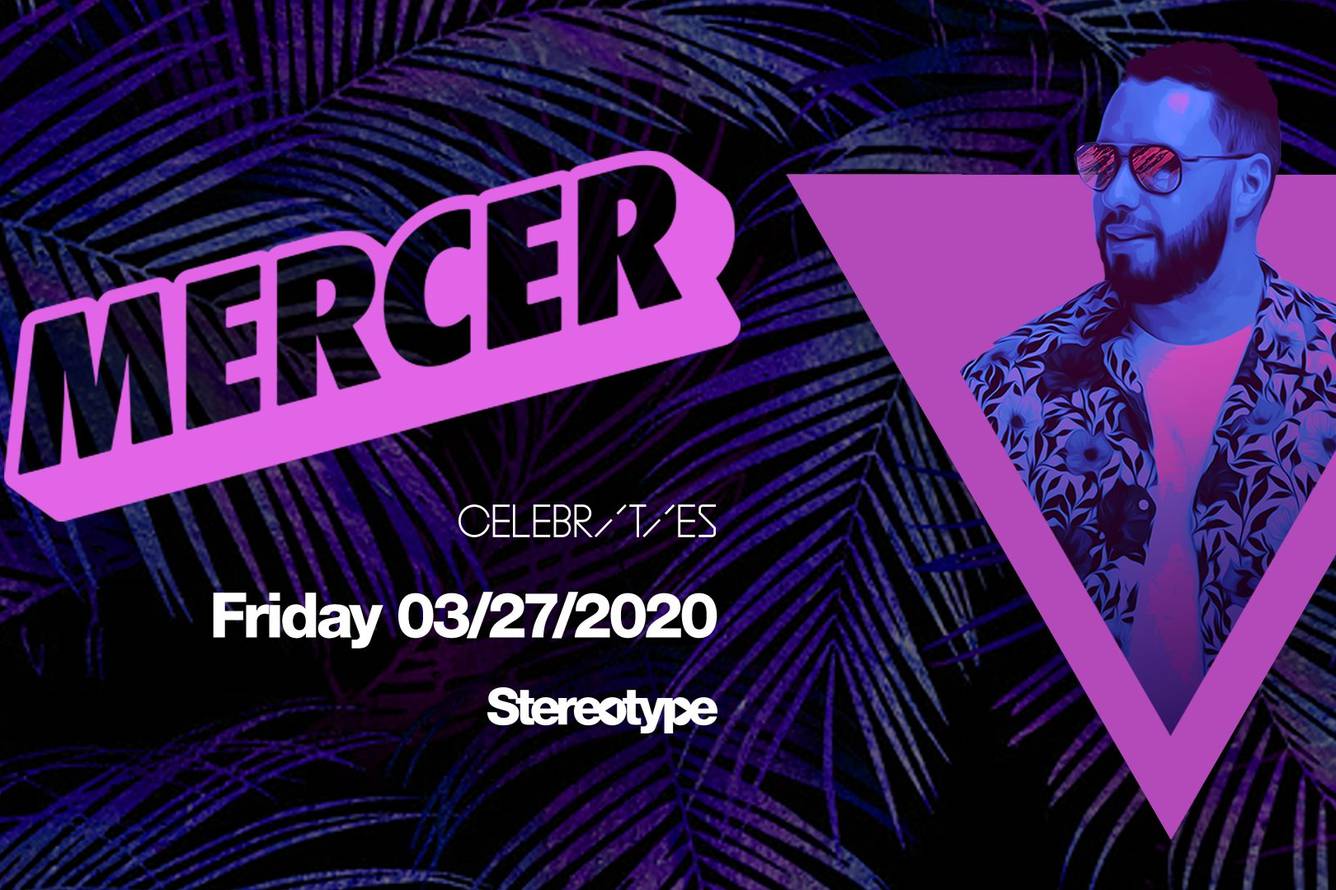 We got one tailored just for the dance-floor Pardon My French affiliate Mercer brings his thorough approach to disco and house music to StereotypeFridays at Celebrities Nightclub on Fri, Mar 27th.

MERCER
Mercer started producing in 2010, he is no stranger to the house music scene. Born in the 80s, Mercer's approach to producing and creating music is influenced by the disco and house music he grew up with the French DJ who is coming with full force with his new single ‘Satisfy’, combining his inspirations of funk and house music and featuring vocals from legend Ron Carroll. Mercer's first release of 2018 sets the tone for what he is going to deliver this year! He became known for his title welcome to the jungle produced with alvaro, and released on the hardwell label, revealed recordings. He gained even more popularity in the edm scene after joining the spinnin ' label. His titles drop and murda deam came out on dim mak, the label of steve aoki, while most of his titles are present on spinnin 'records.