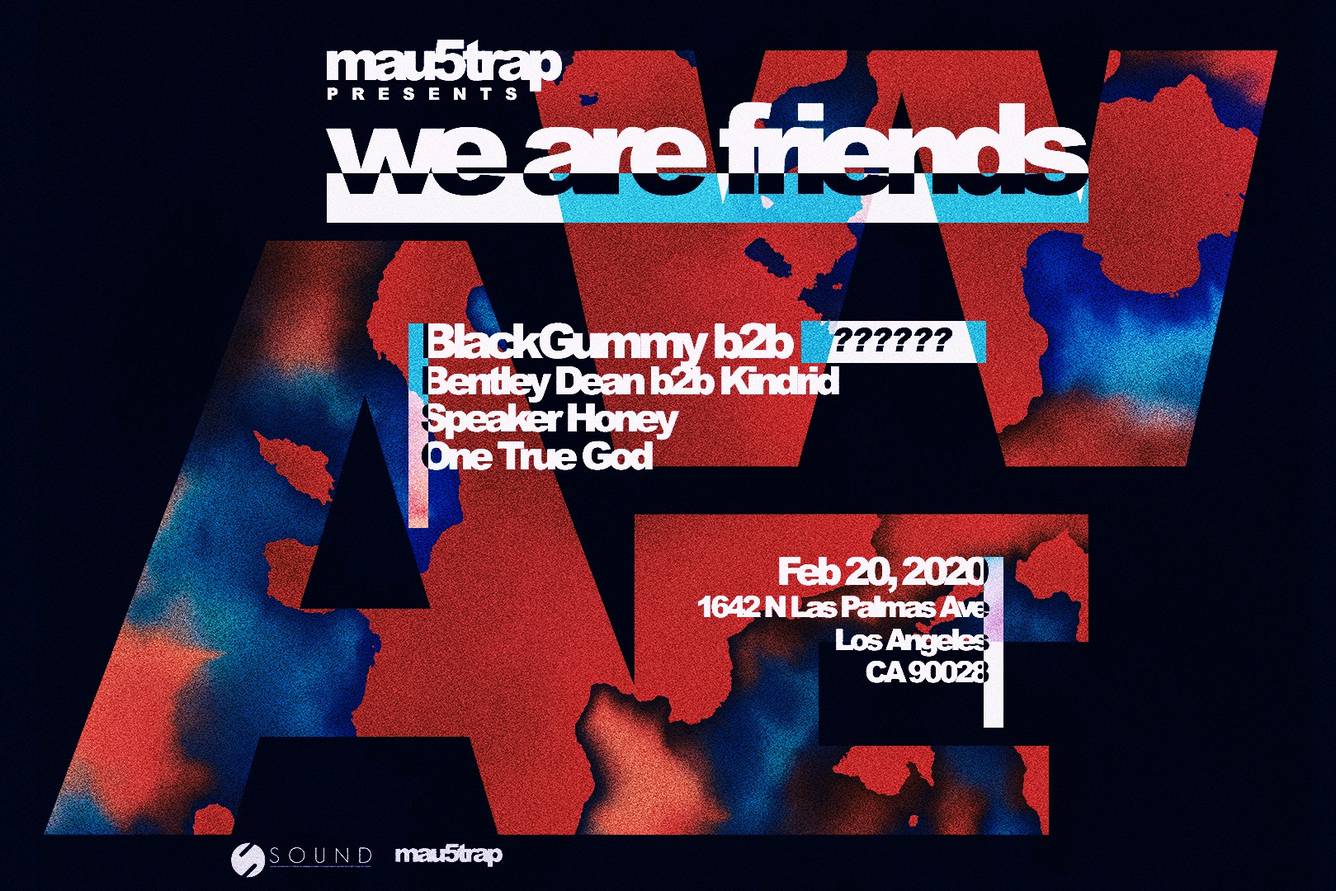 Mau5trap presents We Are Friends

mau5trap's We Are Friends compilation is turning 10 this year so we’ve linked with them to launch a limited edition curated event series at Sound — mau5trap presents: We Are Friends. The series will feature compilation graduates, new faces, and a mix of various label friends. The first party kicks off Feb. 20th with stacked lineup BlackGummy b2b ??????, Bentley Dean b2b Kindrid, Speaker Honey and One True God.

MAU5TRAP
Mau5trap records is a record label. Mau5trap DJ's play records for people to listen to. sometimes people dance to it, or play it in their cars. that's all there is to it really. Mau5trap is Deadmau5’s own label and has been the home to some of the biggest electronic music released in the last 10 years.

BLACKGUMMY
BlackGummy began as the brainchild of Los Angeles-based producer Iman Marouf. Marouf discovered the entity called “BlackGummy” in 2013 during a trip to the Middle East and Asia, and instantly formed a unique and inseparable bond with the alien-like idol. Since their first meeting, the producer and the entity have virtually conjoined into an indivisible whole, never leaving one another’s side. Trained by Steve Duda, the legendary sound engineer and creator of the Serum VST, BlackGummy consistently showcases his unique prowess for employing a wide variety of entirely original sounds in his songs. A graduate of the Icon Collective music production school in Burbank, CA, BlackGummy and Duda met via the school’s mentorship program, where his apprenticeship under the venerable sound engineer helped to hone the young producer’s sound design and engineering skills. That is when BlackGummy started beta testing the Serum VST for Duda.