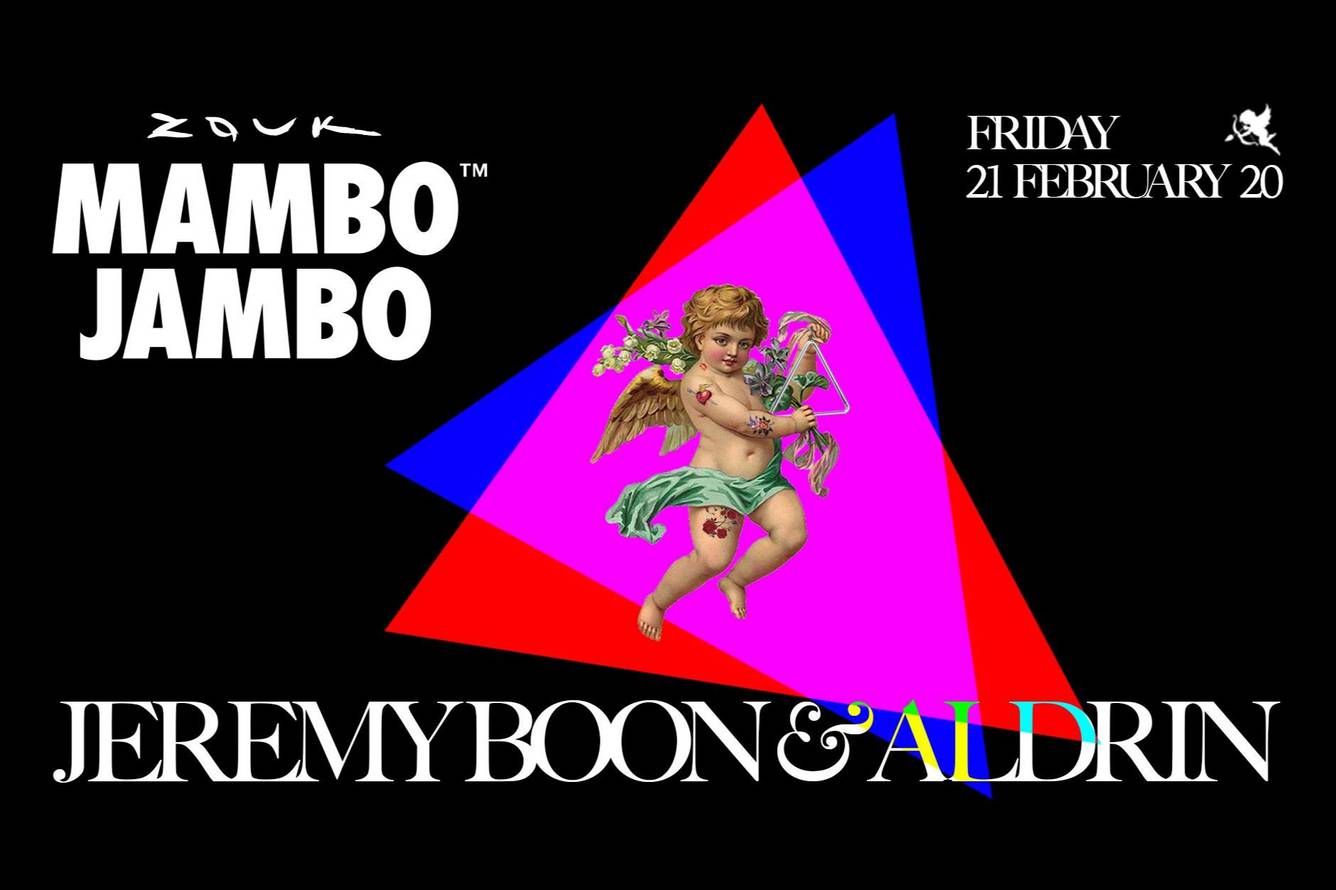 Mambo Jambo with Jeremy Boon & Aldrin, A national phenomenon and possibly the longest running party concept in Singapore’s nightlife history, Mambo Jambo was first conceived as a mid-week party targeting virgin partygoers. Over the years, the revelry has evolved into an extraordinary culture of its own with enthusiastic crowds dancing and singing out songs in perfect synchrony to hits yesteryears. It is the night where we showcase the glory of the golden days to the younger generation, the night where we bring together old friends, the night to enjoy, celebrate and create more beautiful memories.

JEREMY BOON
Jeremy Boon’s love affair with House music started in 1991 when Asia’s premier electronic music club Zouk opened its doors to the public. Or rather, it was the public opening their hearts and minds to Jeremy Boon’s choice selection of House beats when he helmed the decks in the club’s main room. Not only defining Zouk’s early sounds, but also pushing the boundaries of House music in its various guises be it Jazz, Afro Beat, Latin, Soul or Funk inspired tunes, Jeremy has grown musically, establishing his residency at Velvet Underground with his signature style of eclectic tunes.