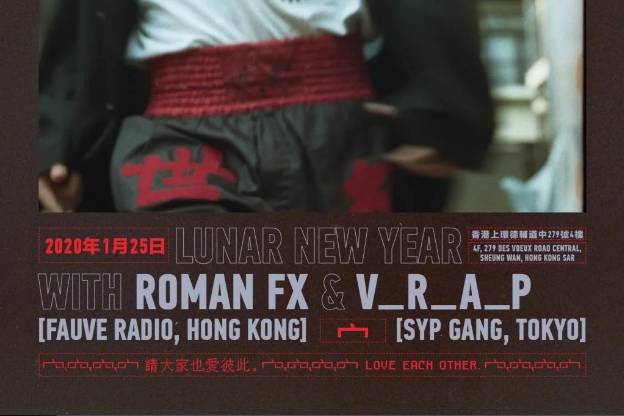 DJ ROMAIN FX
Romain has been a key innovator in the HK scene for the past 10 years, spearheading fresh concepts such as Roofest, the island's first rooftop festival, Fauve Radio the first full time radio station and on top of it all has been organising monthly parties under the name ROAM bringing international artists such as Jayda G, Move D, Habibi Funk, Demuja and many more to Hong Kong and is launching his production career with released on Fantastic Voyage & Hard Fist Records and is part of a duo called Sifu Conspiracy. His extensive travelling for tours in places like, Japan, Norway, Paris, Hanoi, Taiwan, Amsterdam, Thailand, Korea and his contacts with a lot of the music industry and recognised artists such as Move D, Jayda G, Kuniyuki, DJ Spinna, Fantastic Man, Lay Far, Session Victim, Kaytranada and more. Has help him shape his music to fit most dance-floors, from Disco to House to Funk to Soul to Afrobeat and so on.

Best Records:
"You Love Me"