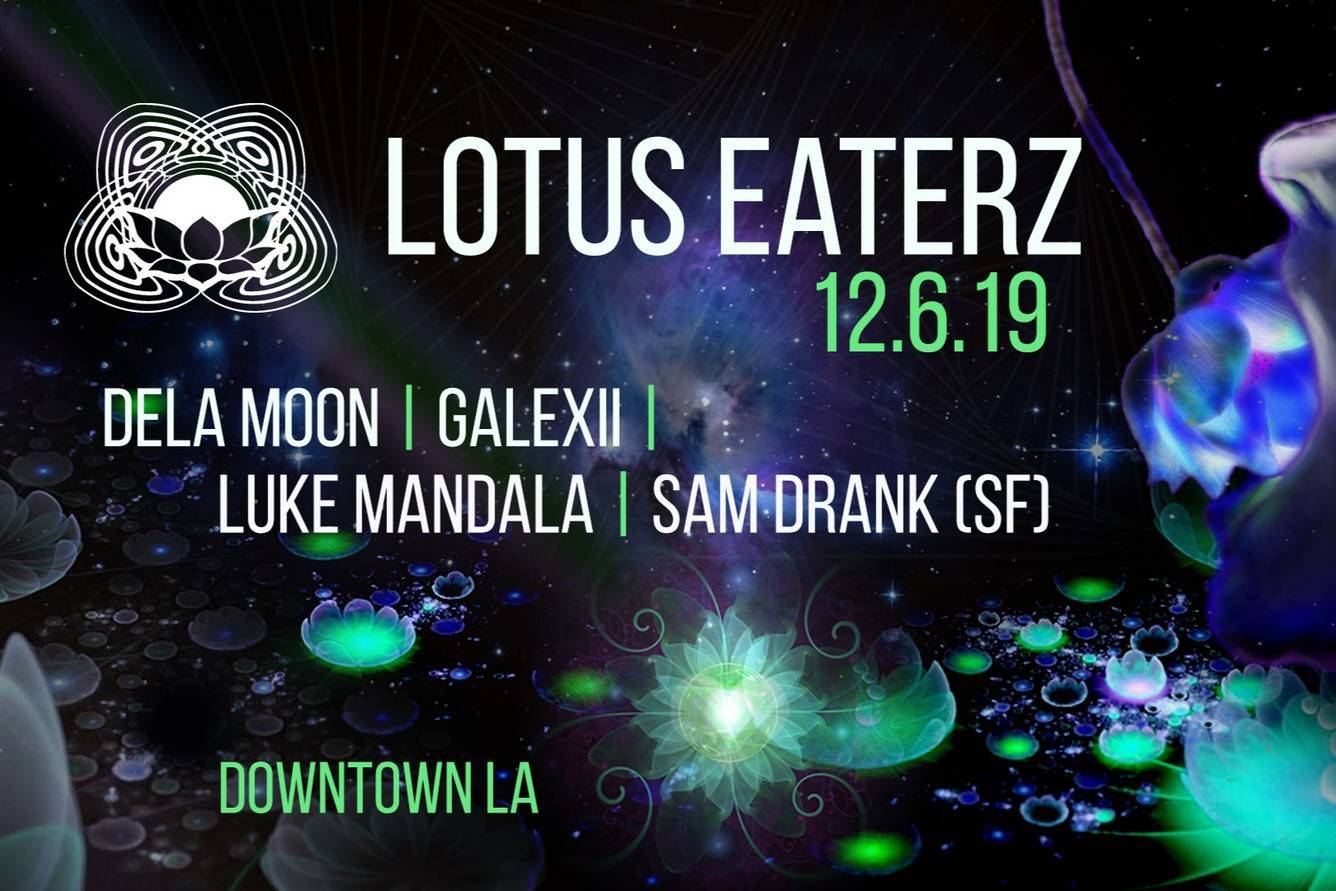 DJ DELA MOON
dela Moon has been DJing since 1999 and is a resident and organizer of the Moontribe Collective, whose legendary full moon gatherings have been at the core of Southern California’s underground electronic music scene since 1993. Though recognized today for her fiery DnB and bass sets, dela’s musical taste and styling draws upon her longstanding love of techno and psychedelic music. Drawing these progressive influences into each environment she faces, her sets bristle with energy and raw emotion that surpasses the thresholds of any single genre. dela has released tracks on Desert Trax, Ball of Waxx, Shivlink Records, and Soulfood Music. Her collaborative bass music project with producer Brian Saitzyk, called Trikaya, has releases on Soul Resonance and Street Ritual. Over the years, she’s been invited to play at at events such as Electric Daisy Carnival in Las Vegas; Nocturnal Wonderland, Bassrush, and Lightning in a Bottle in Southern California, Symbiosis Gathering in Northern California, Oregon Eclipse Festival, the Shambhala Music Festival in Canada, The Great Convergence in Egypt, Rainbow Serpent & Earth Frequency Festival in Australia, Outlook Festival in Croatia, Boom Festival and Utopia in Portugal, PsyFi in the Netherlands, Tribal Gathering in Panama, and with other Southern California crews like Green Sector, Terrakroma, Serenity Gathering, Compound, 6AM, Subtract Music, and Noise Revolt.