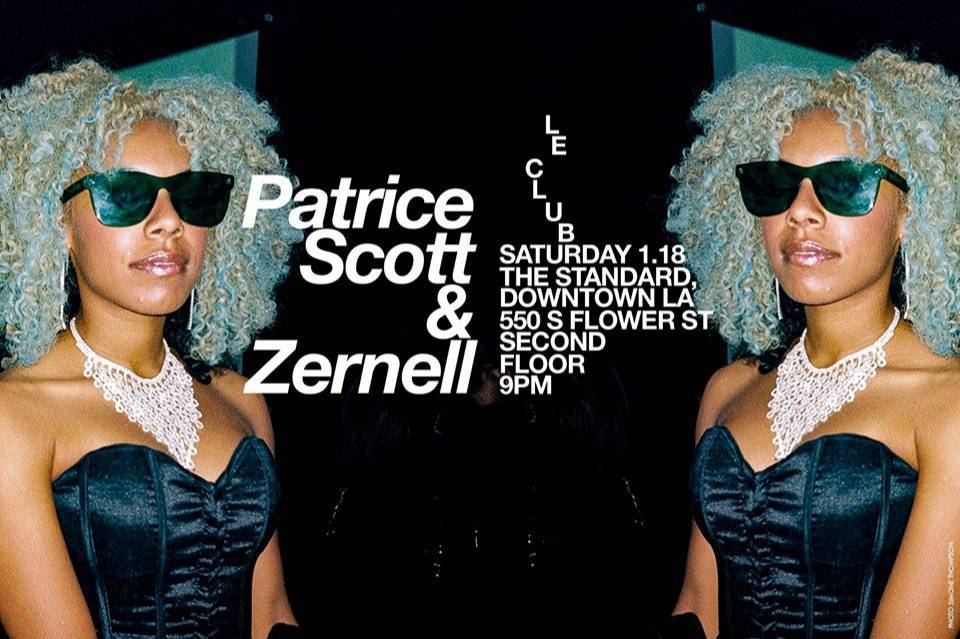 PATRICE SCOTT
Patrice Scott’s roots in the Detroit music scene go a long way back. At the age of just 11 he lived down the road from early DJ group Direct Drive and it was at these block parties that Scott decided that this is what he wanted to do. That his inspiration should be so deeply rooted in live music and the dance floor environment makes sense he has become known as one of the most innovative and dynamic club DJs from the Motor City with his own deep and textured house & techno sound. In those early days of the Detroit techno scene Patrice was exposed to legendary artist and disc jockeys like Juan Atkins, Derrick May, Kevin Saunderson, Jeff Mills as well as radio personality The Electrifying Mojo. Patrice also was profoundly inspired by the Chicago sounds of Larry Heard, Ron Hardy and Frankie Knuckles a few hundred miles west.

ZERNELL
Zernell was born in Chicago and started DJing at the age of 14. This was during the early years of house music and like a lot of Chicago teens he religiously listened to the Hot Mix 5 on WBMX. Zernell musically grew up in the Music Box and other Chicago clubs listening to the sounds of Ron Hardy and other early pioneers of house music and was schooled by the masters in the art of song selection and timing that drives dancers into a frenzy. Zernell’s Grimy style of music features some of the hottest and rarest house & disco songs and re-edits mixed just the right way to keep you dancing and wanting more, which has made Zernell one of the hottest dj’s in the underground scene today.