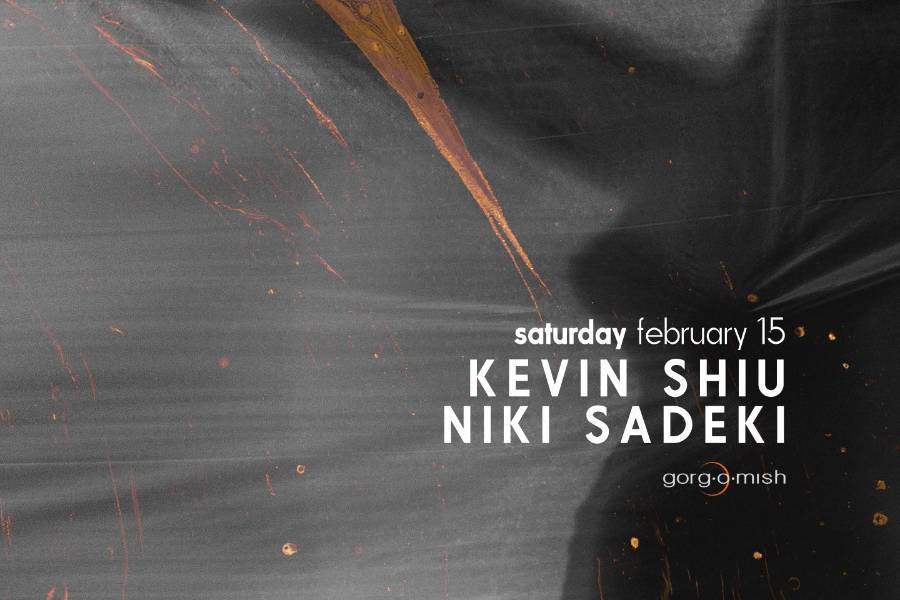 Gorg-O-Mish presents: DJ Kevin Shiu & Niki Sadeki. Every Friday & Saturday when the clubs close down, Gorg-O-Mish After-Hours comes to life. Featuring a blend of Vancouver's hottest local acts & international talent, Gorg-O-Mish is the only place you can uncover the best underground & electronic music Vancouver has to offer. Open from 2AM to 8AM, Gorg-O-Mish keeps the party going.

DJ KEVIN SHIU
Based in Vancouver, Canada's Kevin Shiu has been at the forefront of club culture since the early '90's. His magic touch, keen foresight, and suave mannerisms have propelled him into headliner status at clubs around the world. His signature style ranges from deep tech house through driving progressive house and remains true to the underground sound that first inspired him a deep, moody sound with pounding percussion and a mighty hypnotic groove. Kevin's career has recently started to spark on a global scale both John Digweed and Tiesto have recently been quoted mentioning Kevin as one of their favorite DJ's, and in the last few years Kevin has played alongside almost every major DJ in the world including, Moby, Fat Boy Slim, and Pete Tong. Kevin is also the first DJ to play GM place and was a headliner in the dance tent at the Pemberton Music Festival Kevin's former club night and residency at Focus in Vancouver propelled the night to become one of the top club nights in the city. His guests included Luke Fair, Desyn Masiello, Jimmy Van M, and Chris Fortier, Paolo Mojo, and Phil K. His 5 hr Journey sets are legendary and eagerly anticipated by his fans. Kevins talent for playing the right tracks at the right time is paying off as John Digweed, Sasha and Tiesto both request for Kevin to open for them whenever they are in Vancouver. Plus Kevin toured with the man himself, Sasha, as part of his Asian tour.