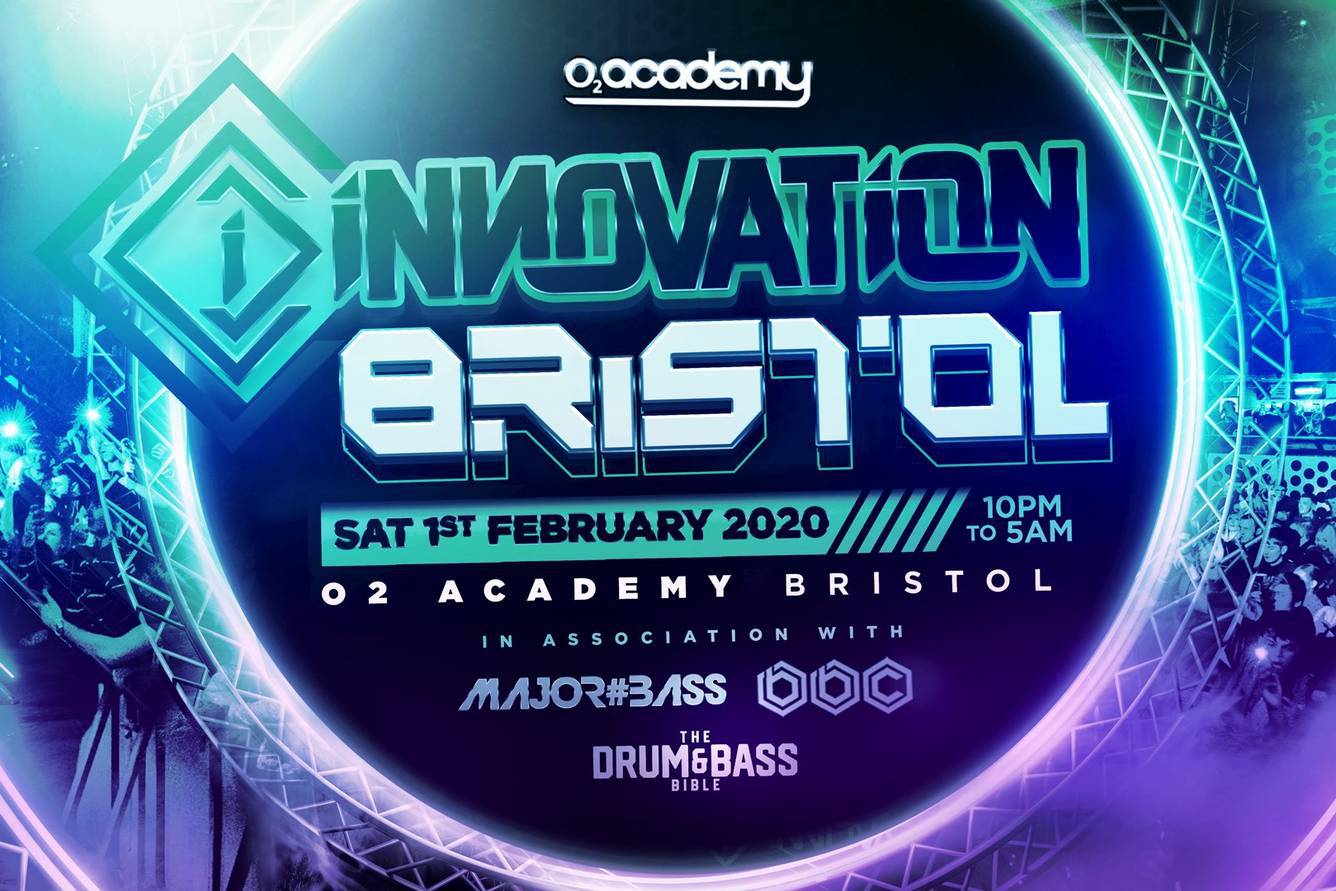 Innovation Events was set up in 1995 in London and has been running drum'n'bass events around the world ever since. Our flagship events include Innovation In The Sun that takes place in Lloret De Mar, Spain in June each year, and Innovation In The Dam which takes place in Amsterdam in November of each year. Innovation returns to the mighty O2 Academy in Bristol for their first D&B party of the decade... Make sure you're there!

DJ GUV
Coming from East London, DJ Guv has been a name that has grabbed the interest of a lot ravers and promoters over the last 12 month’s, but he has been a rising star in the dancefloor drum and bass scene for the last three year’s… This producer/DJ/label owner has been bringing his own unique take on Jump-Up… with his signiture sound of filthy bass tone’s in energetic pattern’s combined with hench’d-out, steppy drum break’s, creative sound FX and cheeky spoken-word samples.

SUB ZERO
Jake Carter will be a familiar face to all die-hard D&B fans, even though his new Sub Zero moniker may not be yet. Having toured the world, DJing everywhere, from Brazil to Russia, and produced some of the best jump up going as part of the widely acclaimed G Dub production unit, Jake is now embarking on an exciting new phase in his career – a solo project and a culmination of his musical achievements so far: Sub Zero. Geordie born-and–bred, Jake, has been living in Leicester for the last six years, after re-locating from his native Newcastle home in 2003. He started out, like many D&B DJs, in his bedroom. Infected by jungle/D&B by his friends mix CDs and fuelled by the sounds of Goldie and LTJ Bukem, Jake became enthralled with the idea of being a DJ after watching an ‘Equinox’ documentary on rave culture at the tender age of 15. Jake decided to take the next steps and managed to pick up a pair of old decks and slowly began to master the art of mixing.