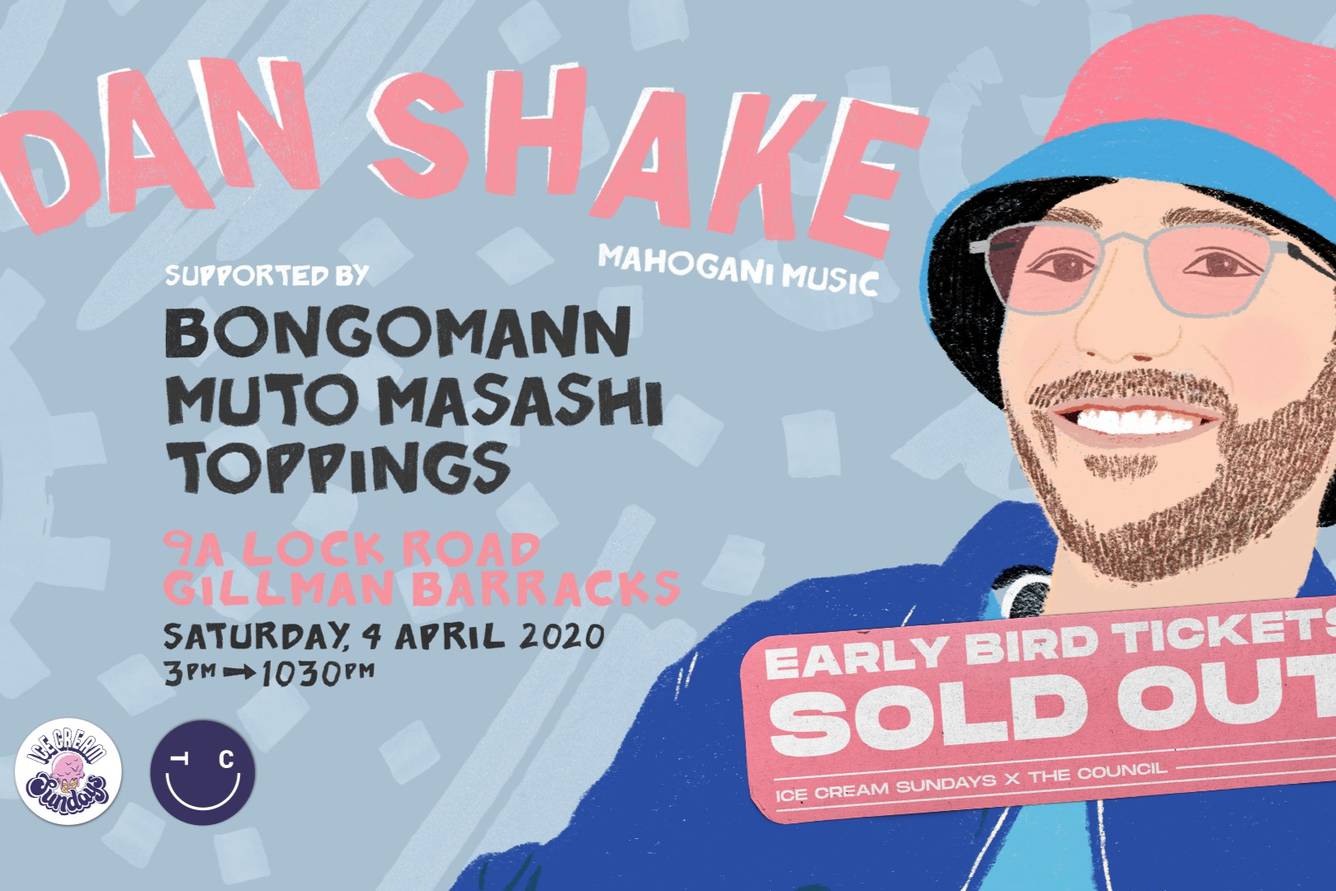 This April, Ice Cream Sundays and The Council are joining forces once again to bring you one of UK’s most exciting DJ and producer. He's been terrorizing dance floors with the fieriest house and disco cuts, since he burst onto the scene with a release on Moodymann’s Mahogani Music imprint… the inimitable Dan Shake!

DAN SHAKE
If you’re going to pick a name like Dan Shake, you better have the goods to back it up. With a never-ending tour schedule and his own productions in the record bags of countless established DJ heroes, Shake lives up to his billing. His love of groove – ranging from sparky acid to Brazilian samba, itchy funk to heavyweight house – fuels his drive to make those around him dance as keenly as he does. At a party, Dan Shake isn’t just loaded with peak time weapons: he is one. Shake began his notoriety with the Mahogani Music released 3AM Jazz Club / Thinkin’ in 2014, using Moodymann’s seal of approval as a springboard for his ambitions. Even as dancefloor-igniting releases piled up year on year, such as the Ibiza-smashing Claudia’s Trip, or any number of Shake Tapes white label edits, Shake’s expertise as a DJ began to match his production chops. This makes for two combined sides what Dan Shake represents: an explosion of colour, variety and flavour, no matter whether he’s jamming on a rotary in the booth, or juicing fresh joy from old samples in the studio.