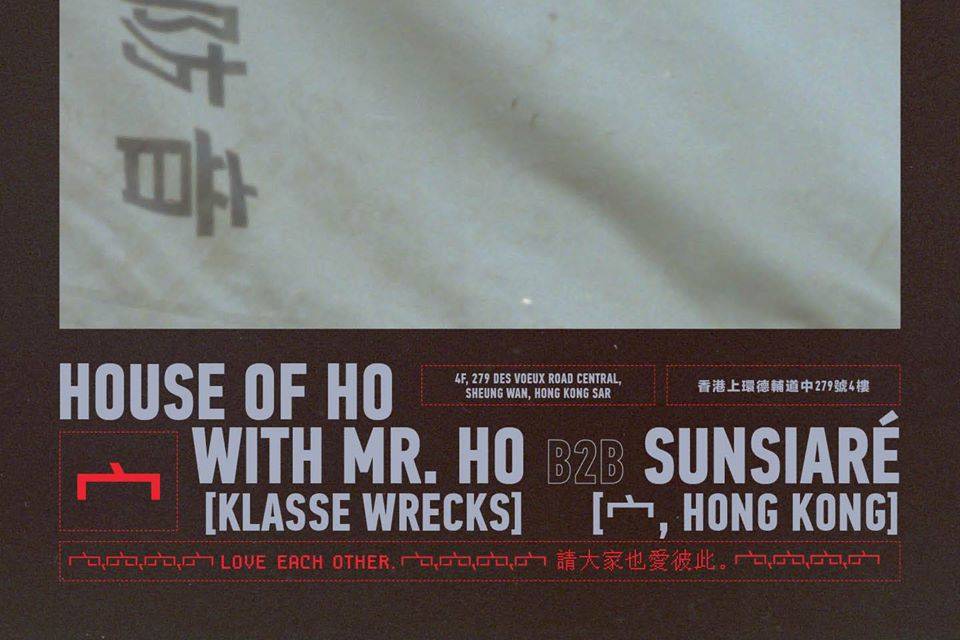 DJ MR. HO
Record collector, DJ, Producer and Label Owner of Klasse Recordings. Over 15 years of collecting music and djing in clubs, Mr. Ho entertains crowds with his energetic and eclectic sets that are rooted in House, Techno, Disco, Electronica and dance music from all from all over the world.

Best Records:
"Spacejam"
"Between The Sheets"
"The Tower"

DJ SUNSIARE
Sunsiaré has been living in Asia for more than 10 years now, being a key part of the regional scene since his set for the opening night of Korner in Taipei in 2012. Since then, he got involved in numerous projects with Cliché Records, being a party organiser in Hong Kong, opening the club Savage and the Equation festival in Hanoi. Being now based in Hong Kong, he is the musical director of the 宀 Club. He has been playing regularly in the main underground clubs around Asia and sharing the decks with respected artists such as Powder, Samo DJ, Gonno, Roi Perez, Boris Shanti Celeste, Funkineven, ATEQ and S.O.N.S among many others. As a reward and recognition of his solid work, he has been invited in 2017 for the first ever Vietnamese Boiler Room in Hanoi under his label name FGHB Soundsystem.