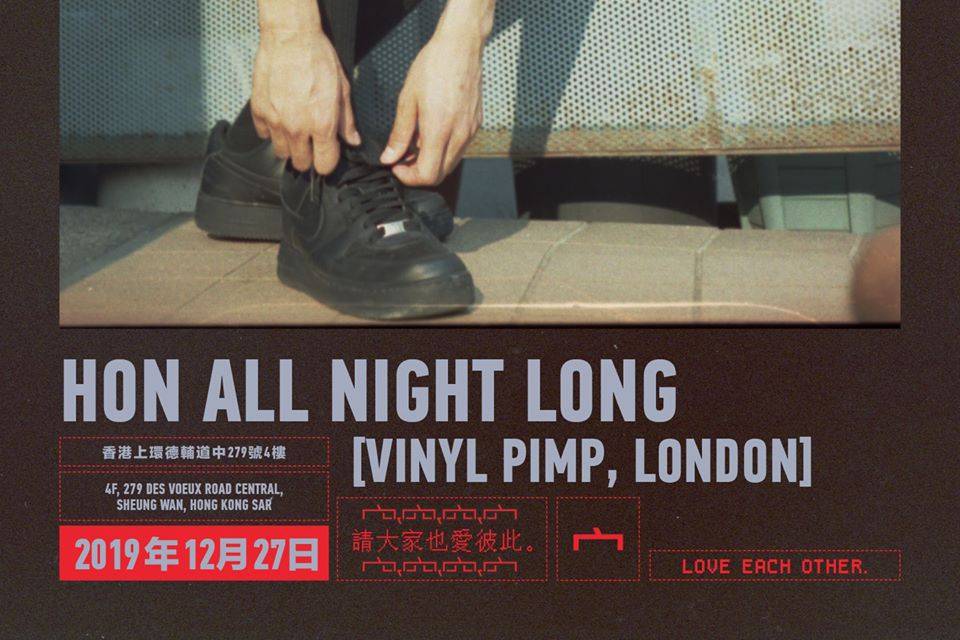 Hon is a professional vinyl digger from Hong Kong who has now established himself in London with one of London’s famous record shops : Vinyl Pimp. We are super happy to book him for his first ever show in Hong Kong and we will give a full night to express his music.

LUK MAN HON
Luk Man Hon has drawn a fascinating, squiggled line across the globe, through some of the world’s most interesting places. Originally from Hong Kong, Hon moved to Lincolnshire in the UK at age 15. It was there he learned firsthand the ways of the UK, notably its famed exploits: music and culture. It was here, ensconced in the 90's and 00’s electronic music culture, that he got into buying vinyl. It was in these early days he saw the intrinsic value; both monetary and cultural, of records. Flash forward to his University studies at Plymouth, Hon spent extended time in both New York and Amsterdam. Both already bubbling over with electronic music culture as it was in the UK, Hon now felt the draw of permanence to Europe and the west. Hong Kong called, but it was London that answered. In pre-recession 2008, London was rife with opportunity. Hon seized the moment and started selling second-hand vinyl, using the web platform Discogs. He still had a love for the culture, and regularly partied at outdoor raves and in the east end warehouses. Curiously enough, he fused experience with business acumen, and set up shop in one of the very warehouses he frequented. His connections in the scene proved vital, as DJ’s, collectors and others would keep handing him the keys to their collections; with the intent they be sold on commission. Essentially speaking, ‘pimping’ their collection. Thus a new era began, one aptly named: Vinyl Pimp.