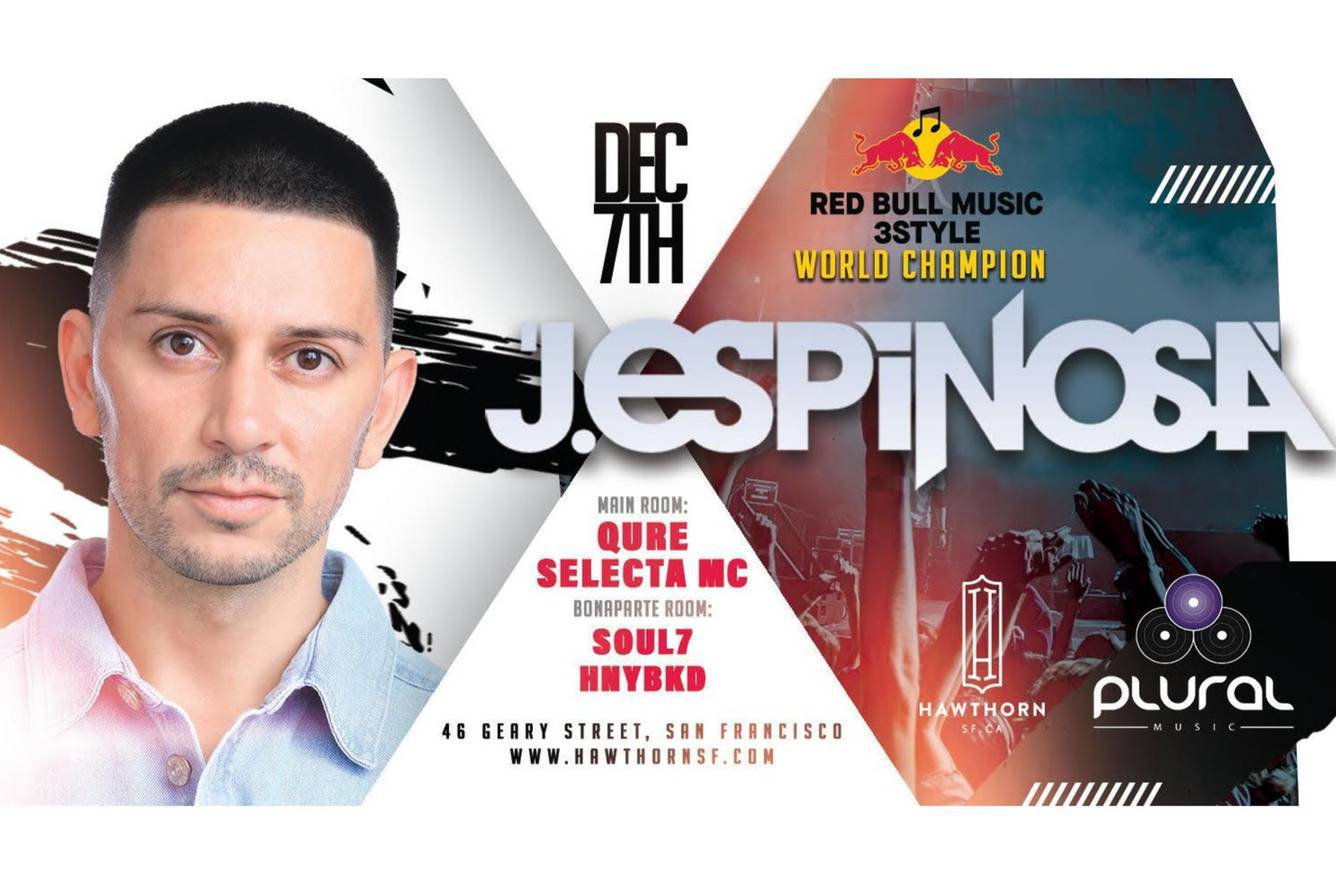 J. ESPINOSA
Born and raised in the San Francisco Bay Area, J Espinosa began perfecting his craft at the age of 14. In 2001, at the age of 17, he made his radio DJ debut on Wild 94.9/KYLD San Francisco, and shortly after that became the youngest DJ to hold down a full time mixshow at the time. Fast forward to today, J.Espinosa has become one of the most listened to and influential DJs that the San Francisco Bay Area has seen in quite a while. Not only does J. hold down 2 number one radio mixshows in the San Francisco Bay Area market, J. has also taken on the role of producer, who's work can be heard in every nightclub, mixshow and mixtape, via many other influential DJs and celebrities across the country. J. Espinosa keeps the dancefloors packed, radios blaring, and ears ringing every night of the week. Any style, any genre, any club, any task is simple and by far acheivable for the fact that J Espinosa's career has always been based on two things... QUALITY and SKILL, making him one of the most sought after and seasoned DJs to come out of the Bay Area.