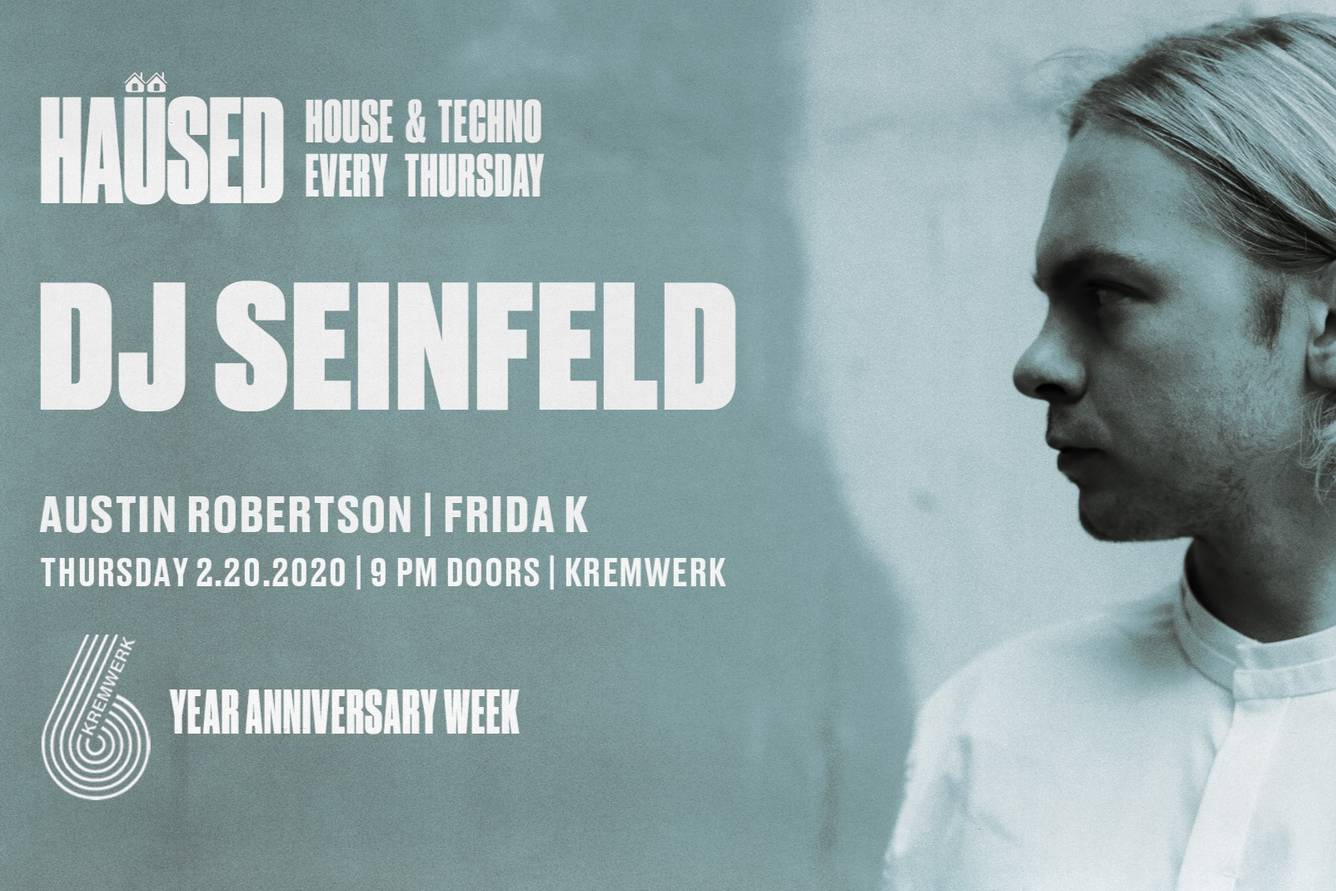 DJ SEINFELD
Armand Jakobsson is the artist known as DJ Seinfeld, Rimbaudian and Birds of Sweden. Under these aliases you’ll find sweeping emotive cuts, verdant dancefloor workouts and discerning dips into jungle and breaks. Releases have come on respected labels including Meda Fury, Ectotherm, UN.T.O and Lobster Fury: the collaborative label from Lobster Theremin and Meda Fury begun for the explicit purpose of releasing his tracks. DJ Seinfeld’s beats are ultimately guided by an idea of authenticity, true to the spirit of the early house pioneers and the unabashed rawness the confines of their equipment demanded. A lot’s been made of this lo-fi fuzz, with many clamoring to declare it a scene, but he won’t be put into a box. His path is his own. A microphone picks up the tension and release of a singer: charged with emotion, the machine can’t handle it. The rough edges of his productions emit the same sensibility.

AUSTIN ROBERTSON
Austin Robertson aka Big Boppa is a DJ from Seattle, Wa. He is the founder of Sleepless, an event company composed of like-minded friends that help curate events centered around house and techno.