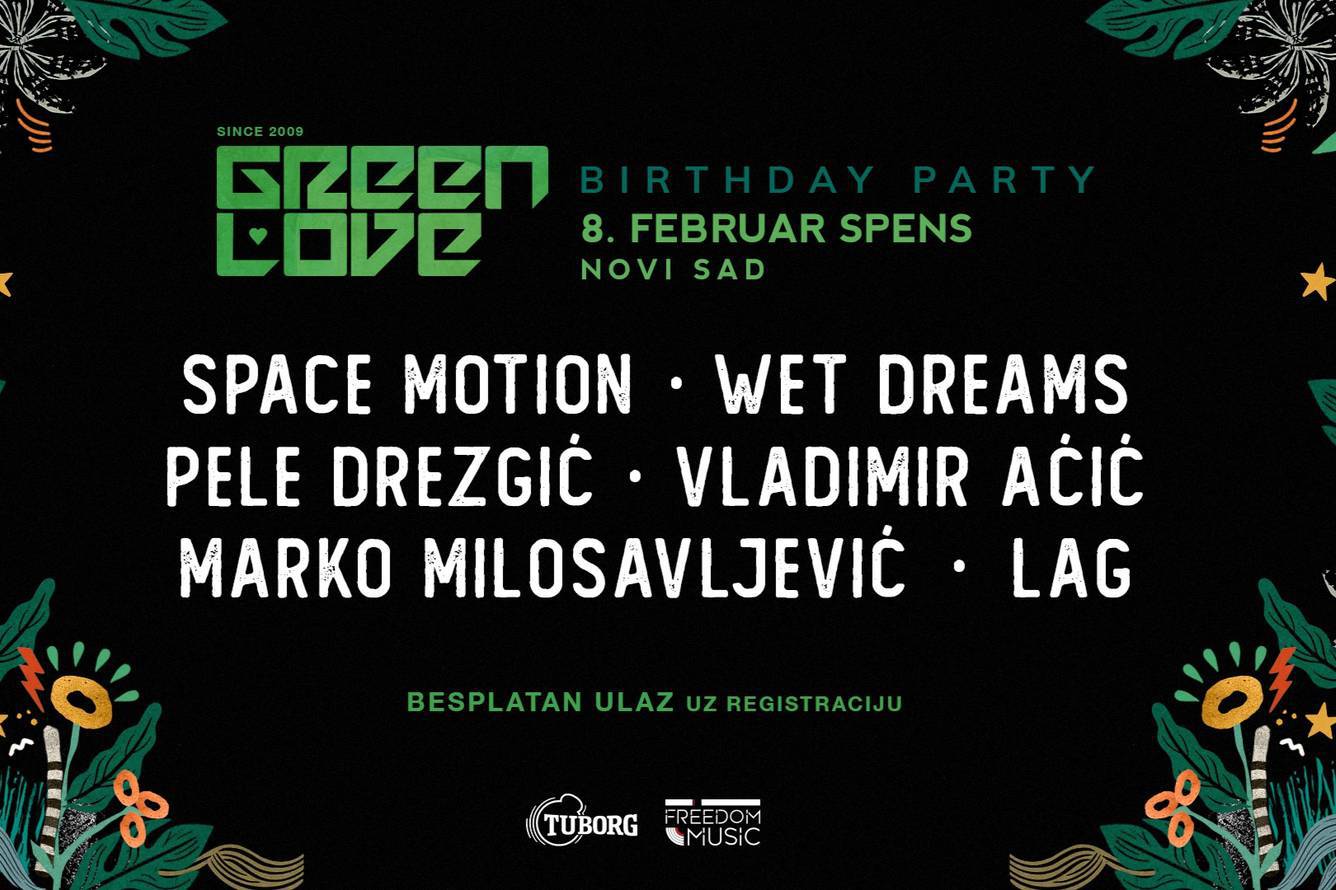 A big celebration is in sight, Green Love kicks off its 11th birthday! For the whole 10 seasons we dance with the best performers in the techno and house scene, with the strongest local and regional support and the perfect atmosphere on the densflora! The famous rave house in February brings together the team of Space Motion, Wet Dreams, Pele Drezgic, Marko Milosavljevic, Vladimir Acić and Lag to celebrate together the love we have created over the years. Download your invitation for a great celebration 8 for free. February on Spence by registering! Follow the easy steps, fill in all the fields and get into the birthday atmosphere! HURRY, THE NUMBER OF CALLS ARE LIMITED!

SPACE MOTION
Space Motion is Serbian DJ and producer who is active on the music scene for the past 16 years. His music represents a mixture of special and unique energy which he displays in genres like progressive, tech and afro house. The turning point in rich music carrier for SM was his live act appearance on best European music festival, EXIT. After a series of successful concerts Space Motion returns to the studio where he produces a number of hit tracks supported by Carl Cox, Solomun, Black Coffee.... SM continues to deejay at his own party serial called OBSESSION which brings both foreign and domestic DJ's. This project brings something new in the techno scene, with an unique style of tribal music and melodic. Space Motion have many huge tracks to come in 2019 that you can already find on his last stream show at BE-AT tv !