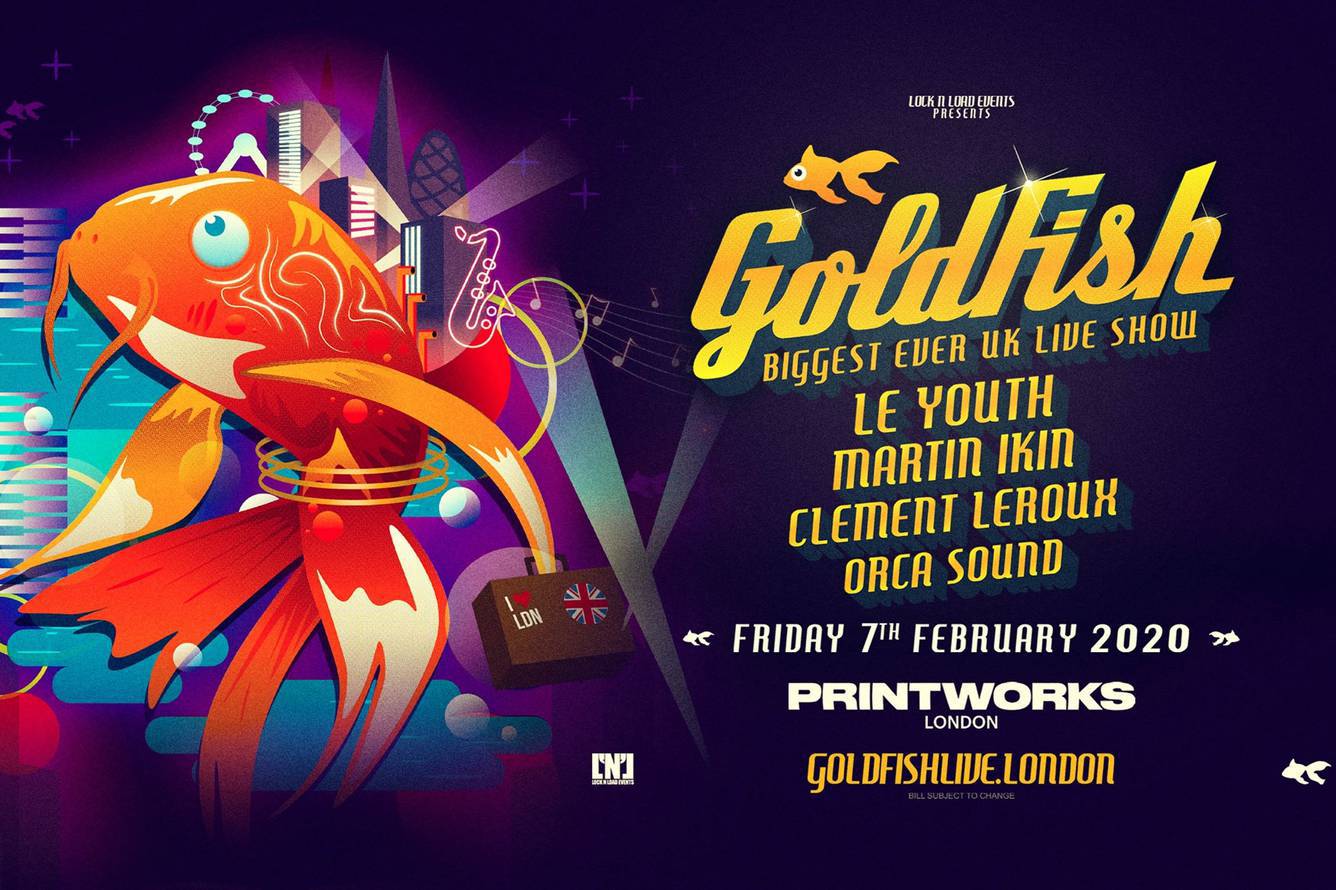 Cultural destination, Printworks London first opened its doors in January 2017. Once home to the largest printing factory in Western Europe, the original aesthetics, giant machines and printing presses have been preserved to create a stunning, industrial environment for a dynamic array of events. Our award-winning seasonal music series showcases the best in live and electronic music, becoming a vital part of the city’s vibrant cultural scene today and garnering global acclaim. Our Autumn/Winter 2019 Season features in excess of 250 artists, with over 30 shows taking place between September and January.

DJ GOLDFISH
An electronic duo from the Southern-most tip of Africa have gone from one of Dance Music’s best kept secrets to an act tipped by industry tastemakers as the band to watch this year. Their genre-defying mix of live instruments, House beats and searing live performances has seen Goldfish go from impromtu jams at a tiny beach club in Cape Town to headlining Amsterdam’s Olympic Stadium, cracking a top 10 on the US iTunes Dance chart, a residency at Pacha Ibiza with David Guetta and DJ’s like Fedde le Grand knocking at their door to do remix their tracks. It’s almost hard to believe that not very long ago they were just Dom and Dave, two music students who lived a relatively chilled life of surfing and playing music in their home town Cape Town.