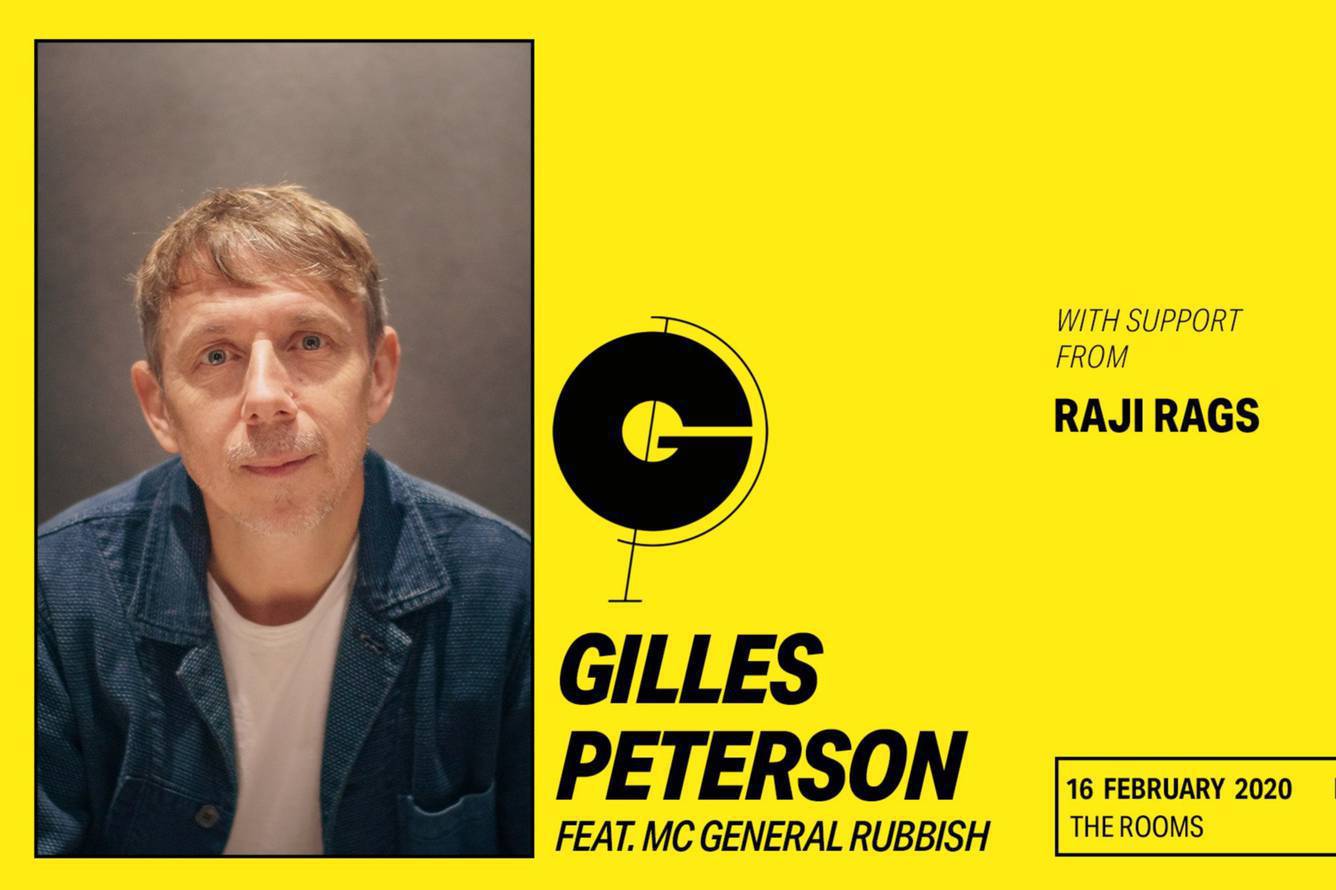 One of the most influential and renowned tastemakers in the world, the Brownswood head honcho Gilles Peterson returns to leave his sonic footprint on this side of the world once again.

GILLES PETERSON
Gilles Peterson is a broadcaster, DJ and record collector who hosts a weekly Saturday afternoon show on BBC Radio 6 Music that’s one of the broadcaster’s most popular music shows, helms independent record label Brownswood Recordings, and is the founder of online radio station Worldwide FM. Throughout his career, Peterson has promoted the new frontiers of jazz, hip-hop, and electronic music. Starting by installing illicit transmitters and hosting shows for pirate radio station Radio Invicta, he later joined the newly-founded Jazz FM and, after that, joined the pirate-turned-legal station Kiss FM. In 1998, he was hired by BBC Radio 1, where he hosted a weekly show until his move to his current slot on BBC Radio 6 Music.