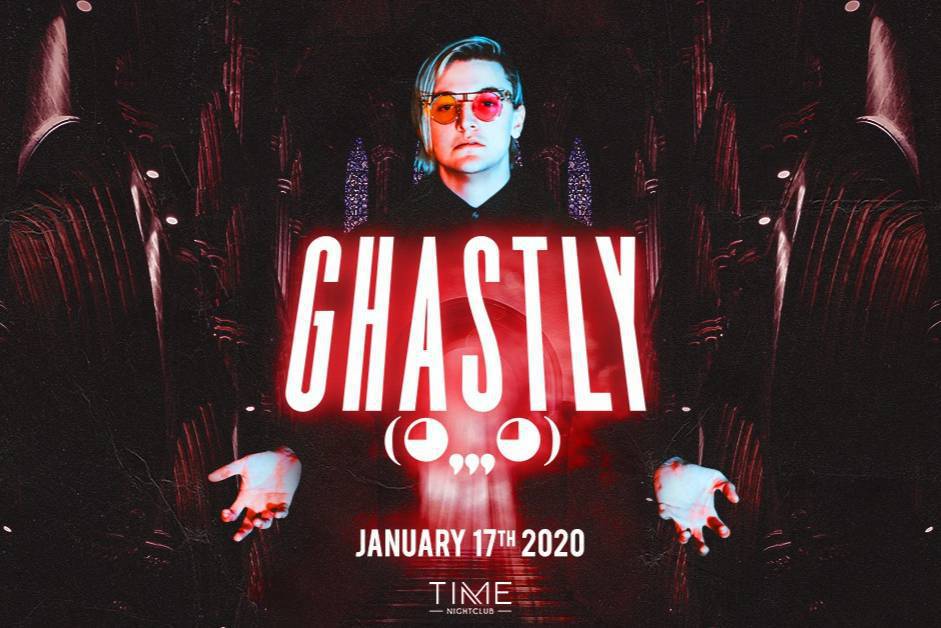 DJ GHASTLY
The nom de plume of David Lee Crow, DJ, producer, and general EDM enthusiast Ghastly specializes in a provocative blend of house, trap, and dubstep that invokes names like Dillon Francis, Borgore, Zomboy, and Skrillex. Raised on a goat farm in Arizona, Crow initially flirted with metal before finding his muse in the pulsating lights and soul-shaking bass of electronic dance music. After relocating to Venice Beach and living out of his van West Coast hobo style, Crow found work as Bassrush Resident DJ at Exchange L.A., while also securing a bevy of singles on labels such as OWSLA, Buygore, and Dim Mak, including "Miami Connection" with Jauz and "Crank It" with Mija & Lil Jon. In 2017, he followed up his successful remix of Zomboy's "Light's Out" with his own composition, the dark and danceable Spider Symphony.