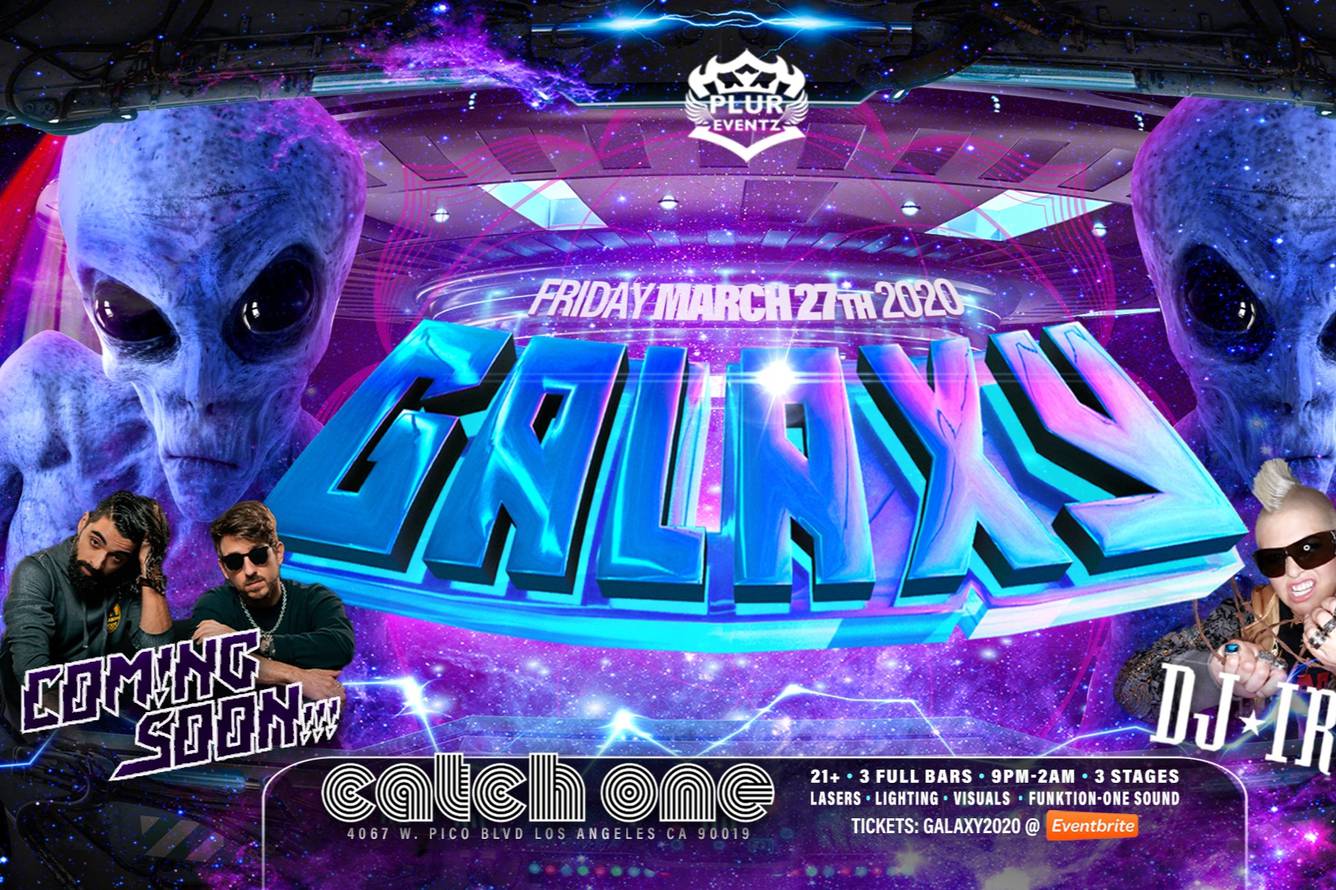 "GALAXY" 7th Annual Friday March 27th 2020 Featuring: Coming Soon & Dj Irene + Over 15 Djs playing all kinds of EDM on 3 Stages with state of the art Lasers, Lighting, Visuals and Funktion-One Sound, 420 Friendly Patio, Alien Gogo Dancers, Vendors Area, Give Aways by EmazingLights, Located at "CATCH ONE" in Los Angeles. It's going to be an intergalactic adventure traveling into another dimension in outer space full of Aliens, Dancetronauts, Ravers & Party Animals uniting together for the love of Electronic Dance Music. Purchase your boarding pass tickets now!!! This event will sell out!!!

COMING SOON
Bringing their innovative sound back to AVALON, progressive trance legends Coming Soon!!! will be returning on September 7th for an energy-fueled night. Joined by other rising artists Ted Nazarian, Trance Psyberia, Raul Diaz, and Skazi the Tel Aviv act is most known for their distinct approach to the tech influenced genre and exhilarating performances. Coming Soon!!! got their start as prominent remixers. The duo consisting of Dui Biton & Irad Brant, have since then transformed into seasoned producers working with acts like Ben Nickey, Bryan Kearney, and most recently WAIO. Bringing their psy trance productions to festivals around the globe, Coming Soon!!! Has toured from Brazil to Prague affirming their position as one of the genre’s most popular acts.