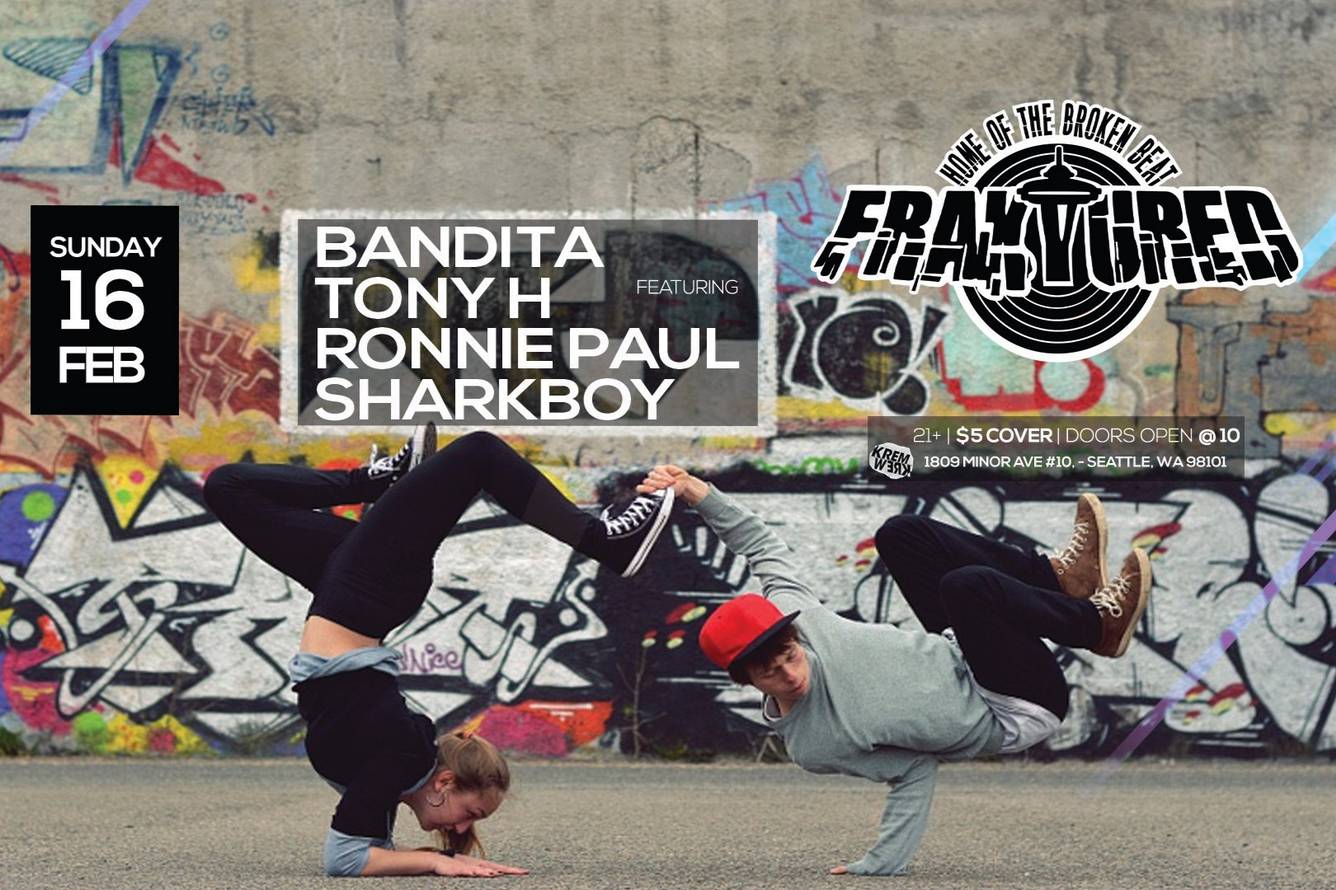 Fraktured - Home of the Broken Beat - every Sunday at Kremwerk! Back for another great line up with some show stopper talent! Sign up for the Kremwerk-Timbre Room Complex mailing list on our website, to stay in the loop about upcoming events, ticket giveaways and more!

DJ TONY H
Anthony Henderson, known professionally as Tony H is a Panamanian tech house, deep house, techno and minimal producer and DJ. He has had the opportunity to open for the likes of DJ EVA, Trevor Vichas, Hector Moralez, Astronomar, DJ BL3ND, Kristian Nairn aka DJ Hodor, Dean Mason, Donald Glaude, Jason Curtis, The Crystal Method, MSCLS, The Verdugo Brothers, Paul Oakenfold, Minnesota & Bacosaurus. In 2015 he founded his own label, Late Night Munchies which has already released dozens of original tracks and remixes by artists and contributors from all over the globe. The brand's regular shows featuring new music combined with Tony H's live performance skills and engaging personality has translated into a strong following of supporters. Most recently, In 2017, he started his own mix series called The Drive-Thru featuring guest mixes from djs and producers from all around the world.