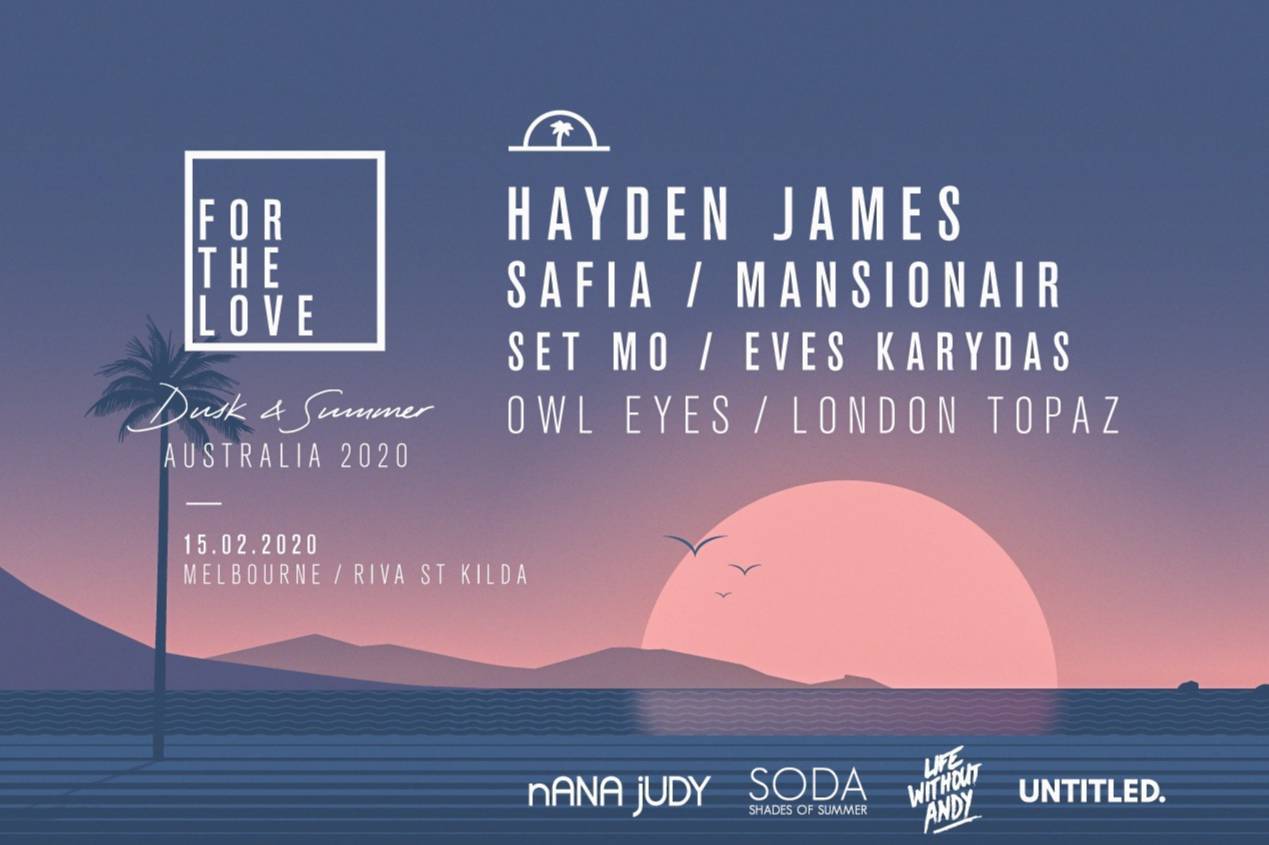 Melbourne, write this summer's story with us as we return to Riva St Kilda on our Australian tour Ft. Hayden James.

HAYDEN JAMES
Hayden James has been producing immense summer house jams with soulful and evocative vocals ever since he burst onto the Australian music scene in 2013. He's since captured worldwide attention and critical success with multiple Platinum-certified hits and a music collection that's amassed 97 million streams just last year alone. His debut EP out on tastemaker label Future Classic put his name on the map, but didn’t prepare the indie label for the success Hayden would have with hit single "Something About You", which now counts over 58 million streams and a Gold certification in Australia. He followed this success with sold out shows across Australia, Europe and the US while also finding the time to co-write and produce a number of tracks for international megastar Katy Perry. His track “NUMB,” released in October 2017, scored a Platinum certification in Australia, a 32 position on Triple J’s Hottest 100 and spawned a huge headline tour of North America. 2018 was a breakout year with hits “Better Together” featuring Running Touch and “Just Friends” featuring singer Boy Matthews, which has gone double Platinum in Australia.