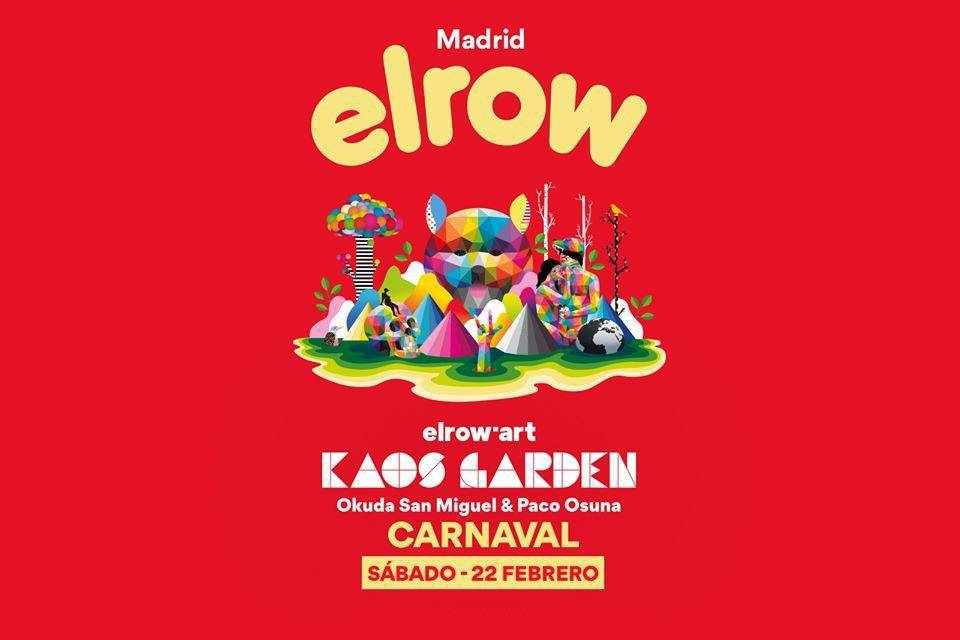 Elrow shines with the first sunlight. Achieving it’s primary function of entertain and amuse, elrow fulfils these two objectives each and every time it’s doors open, whether is at their spiritual home in Viladecans, it’s summer residency at Amnesia in Ibiza or the many different venues and festivals that have enjoyed it’s joyful exuberance and happiness that has become elrows signature. An experience where spectacle, music, color and happiness, essential elements of elrows DNA, get together to create that unique and involving experience that our clients get themselves into as soon as they cross the front door of any of our events, regardless of city, country, continent or time of the day… Thanks to all these components, elrow mutates, together with all it’s public, into a great family that enjoys this experience up-close and personal, something only achieved thanks to an absolute connection between the show, the artists, performers and public alike. Fun and uninhibited entertainment make elrow a unique and unrepeatable experience.

PACO OSUNA
With a career spanning more than 20 years, Paco Osuna is one of the most renowned artists in the industry. His creativity, courage and relentless search for new forms of expression are some of his principal and consistent virtues when it comes to making music. On the dance floor, he is lively, intelligent and sophisticated, with a deep awareness for sound aesthetics. Every session is important to Paco and he sets out to invent and renew every time he steps onto the stage.

LIL LOUIS
Pioneer, Icon, Mogul, and Renaissance man are all words that describe Louis Burns a/k/a Lil Louis. An international Artist, Producer, Songwriter, DJ, Author and Director, Lil Louis is credited as being the Founding Father of House Music. As the son of the late great Blues artist Bobby Sims, music became essential in Louis’s adolescent life when at age 8 he begin to play the drums and bass. In 1974, while working at a party organized by his mother Mary to unite Chicago gangs, Louis was asked to play after the DJ fell ill. The acclaim from the crowd birthed the 12-year-old’s career as a DJ, and by many accounts, the birth of House music. Shortly after, he began DJing at adult nightclubs. It was during a police raid at the River’s Edge club, that Louis was given his now renowned stage name “Lil Louis” from a riled, witty police officer. Louis was the first in Chicago to regularly play Disco. A feat that earned him awe and ire. Subsequently, he was fired from every club he worked at during the first years of his career. At 16, Louis decided to venture into entrepreneurship and opened the first of many of his successful Chicago nightclubs. Over time his uniquely mastered art of DJing in which he told a musical story, grew ‘record’ historic crowds. In 1977, Louis organized the world’s first “Rave.” Being the “lab rat” of the world’s first record pool, Louis is also credited for “breaking” more records than any other Chicago DJ. In the mid 70s, he took mixing another step, by pioneering “Edits,” a tool that planted the seed of House Music.