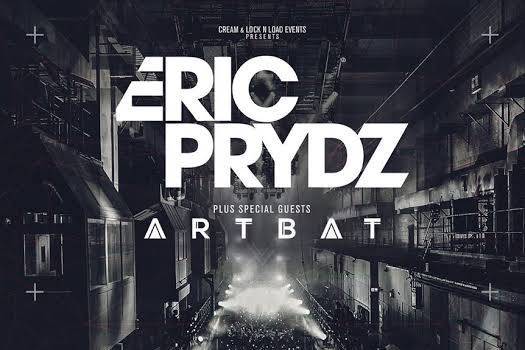 Cream & Lock N Load Events Presents: Eric Prydz (Extended Set), Plus Special Guests - ARTBAT. First opening its doors in 2017, Printworks quickly become one of London’s most respected venues, changing the course of the capital’s nightlife in the process. Featuring state of the art sound and lighting, a unique location in the old Metro/Evening Standard printing halls and consistently quality line-ups, attending Printworks has become an unspoken rite of passage for electronic music fans of any genre. Aphex Twin, Gorgon City, Deadmau5, Chase & Status, Pendulum and Bicep have all held court in the iconic press halls, and now Eric Prydz is ready to step up to the stage for the first time ever. Eric Prydz returns to the capital this February, for his long-awaited debut at the hallowed Printworks for his only London show of 2020.

ERIC PRYDZ
One of the most enduring names in electronic music, Eric Prydz, has been a pioneering force for almost 20 years, time and time again pushing the scene to its technical and musical limits. The Swedish DJ/producer continues to push the boundaries as he frequently commands vast sold-out audiences around the globe. From South West Four festival, Creamfields to Madison Square Garden, Prydz’s shows are renowned for their one-of-a-kind spectacle, with fans flocking from far and wide to witness the phenomenal performances. This year alone, he sold-out the 15,000 capacity Steel Yard on Finsbury Park in record time.