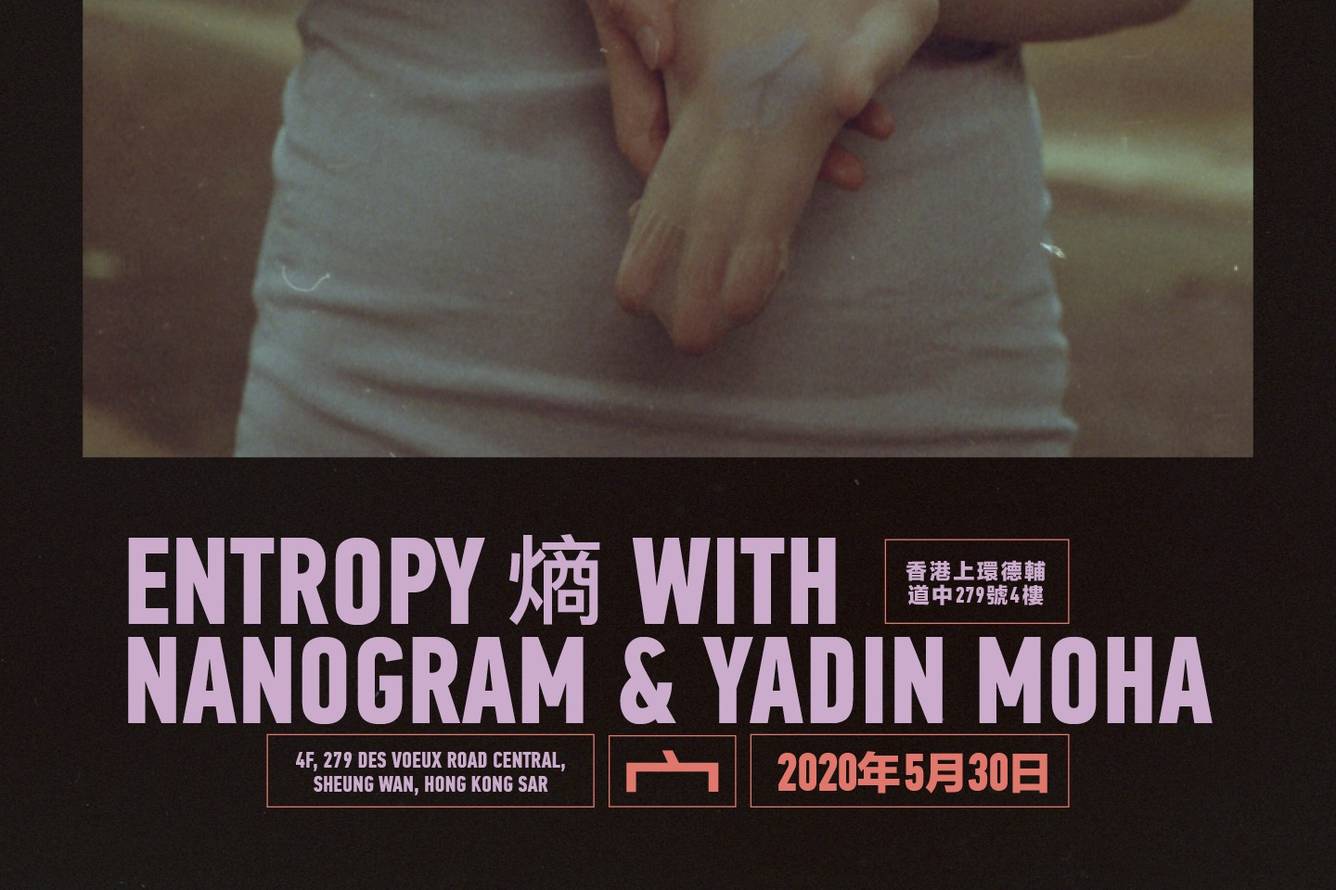 Industrial Techno collective Entropy are taking over the club for their monthly gathering this time led by Entropy 熵’s honcho Nanogram and Singapore artist Yadin Moha.

NANOGRAM
Nanogram was born in Hong Kong but grew up in New York, where he experienced the deeper end of electronic music. His first ever concert experience was a 4-man electronic music from Germany, called Kraftwerk, which has since set the foundation of his taste in techno music. He does not stop at Techno, but is also known to craft great sets incorporating 90s rave, acid, post-punk, new wave and industrial techno. He has been playing regularly in the main underground clubs around Asia and sharing the decks with respected artists such as Mr. Ho, BNJMN, C-Kay, Haruka among others.

YADIN MOHA
Yadin plays a jumble of spooky noise, wonky disco, voguey house, b-boy electro and loose-limbed techno from his favourite labels like Osare!, Discos Capablanca, Atrophy and more so if these words sound interesting to you there is a good chance that you will dance rather than stare. While living in Singapore, he co-ran the notoriously decadent after-hours series Breakfast Club and later held a residency at Headquarters - where his off-kilter selections made him an ideal supporting act for visiting DJs like Black Merlin and Intergalactic Gary. Currently based in Hong Kong, he is now a resident of 宀 and their flagship industrial/ebm/techno night - Entropy. He also co-runs RADIO HURUHARA, a mix series focused on the stranger side of electronic music.