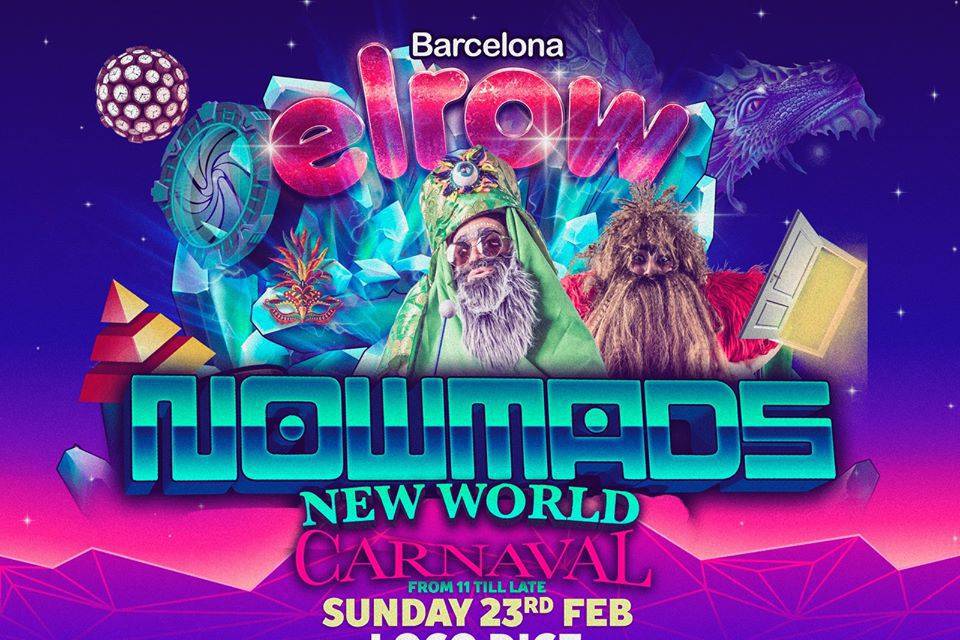 Elrow shines with the first sunlight. Fulfilling its primary function of entertainment and amusement, elrow carries out these two objectives each and every time its doors open. Whether the event takes place at elrows spiritual home in Viladecans, its summer residency at Amnesia in Ibiza or in in any of the many different venues and festivals that have enjoyed elrows magnificence and happiness that has become elrows signature. Elrow creates experiences where spectacle, music, color and happiness, which are essential elements of elrows DNA, get together and create a unique and involving event. As soon as our clients cross the front door of any of them, regardless of city, country, continent or time of the day, they become witnesses of an unforgettable and unique party experience.Thanks to all of these components, elrow turns, together with all of its audience, into a great family. We want the audience to live an up-close and personal experience. What makes this possible is an effective connection between show, artists, performers and yourself!

LOCO DICE
Loco Dice was born in Düsseldorf as the son of Tunisian immigrants. The roots of his love for music stem from hearing soul and funk in the kitchen, and holidays with his mother in Tunisia. The streets of Flingern in Düsseldorf and youth clubs were important during the formative years, with a strong influence from hip hop culture from dancing to Beat Street and Michael Jackson, to rapping in the 90’s and touring with Icecube & SnoopDogg. The DJing came later through tireless hours of searching for new music and practicing. In 1998, after several singles, and residencies in the top European hip hop clubs, Loco Dice discovered the world of electronic music and ventures onto a new path from scratch. His first release in the electronic realm was “Phat Dope shit” in 2002. What followed were releases on the top labels in the industry as well as rmx for the likes of Kevin Saunderson, Basement Jaxx, Black Coffee, Nightmares On Wax, Moby, and Disclosure to name a few.

DJ SKREAM
As one of the UK’s best-loved selectors Skream has enjoyed the kind of consistency most DJs and producers can only dream of. His passion for collecting and playing music is unrelenting; disco, house, techno and everything in between… it runs deep into his core and he lives it every single day. Still only in his early thirties, Skream has achieved more in the last 15 years than most people do in a lifetime, yet his hunger and enthusiasm is akin to that of a man who is only just getting started. Skream’s history is well documented, a love affair with music that was triggered by his older brother, Hijak. DJing since he was 11. Making music at 15 and one of the key innovators at the birth of dubstep. All before he’d left his teens. With his place in UK music history already assured, he could have easily kicked back and taken advantage of his legendary status. Instead he opted to make the transition to disco, house and techno, leaving the dubstep world to do his own thing, in typical Skream style.