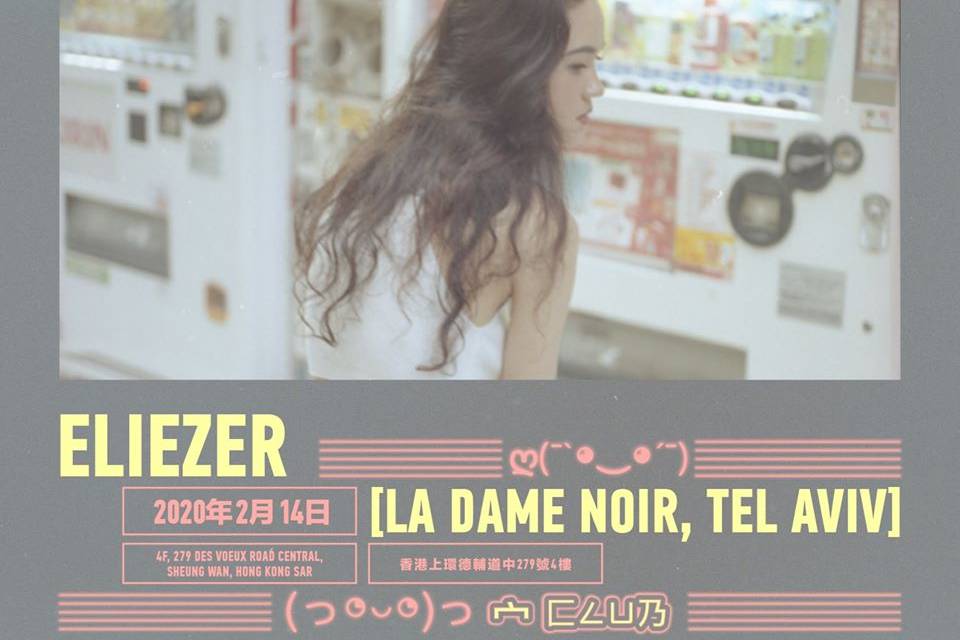 Booking one of the main act from the prolific scene in Tel-Aviv, Eliezer will be making his debut in Hong Kong on the Friday 14th of February with an opening set from ROAM Selectors' honcho Romain FX

ELIEZER
Eliezer is a long time mastermind of the underground music scene in Tel Aviv with more than 20 years of experience behind the decks, in the studio, and as an authority in nightlife. Locally, he is a regular at the top underground venues and parties in Tel Aviv including The Block, The Alphabet Club, Breakfast Club, E-Boded, and renowned Midburn party, Rabbits in the Sand. He also regularly hosts top local DJs and special guests from around the world at his own parties curated at Beit Hapsanter and Pasaz. Whether he’s home or traveling, Eliezer always seems to weave together a dark, futuristic blend of nu-disco, house, and electro-infused sounds that have just the right amount of nu-wave and post-punk influences, attitude, and nostalgia. His sets include many of his own original productions that have garnered support by Ivan Smagghe, Roman Flugel, Marcus Worgull, Chloe, Fairmont, Justin Robertson, Sean Johnston, and many more.