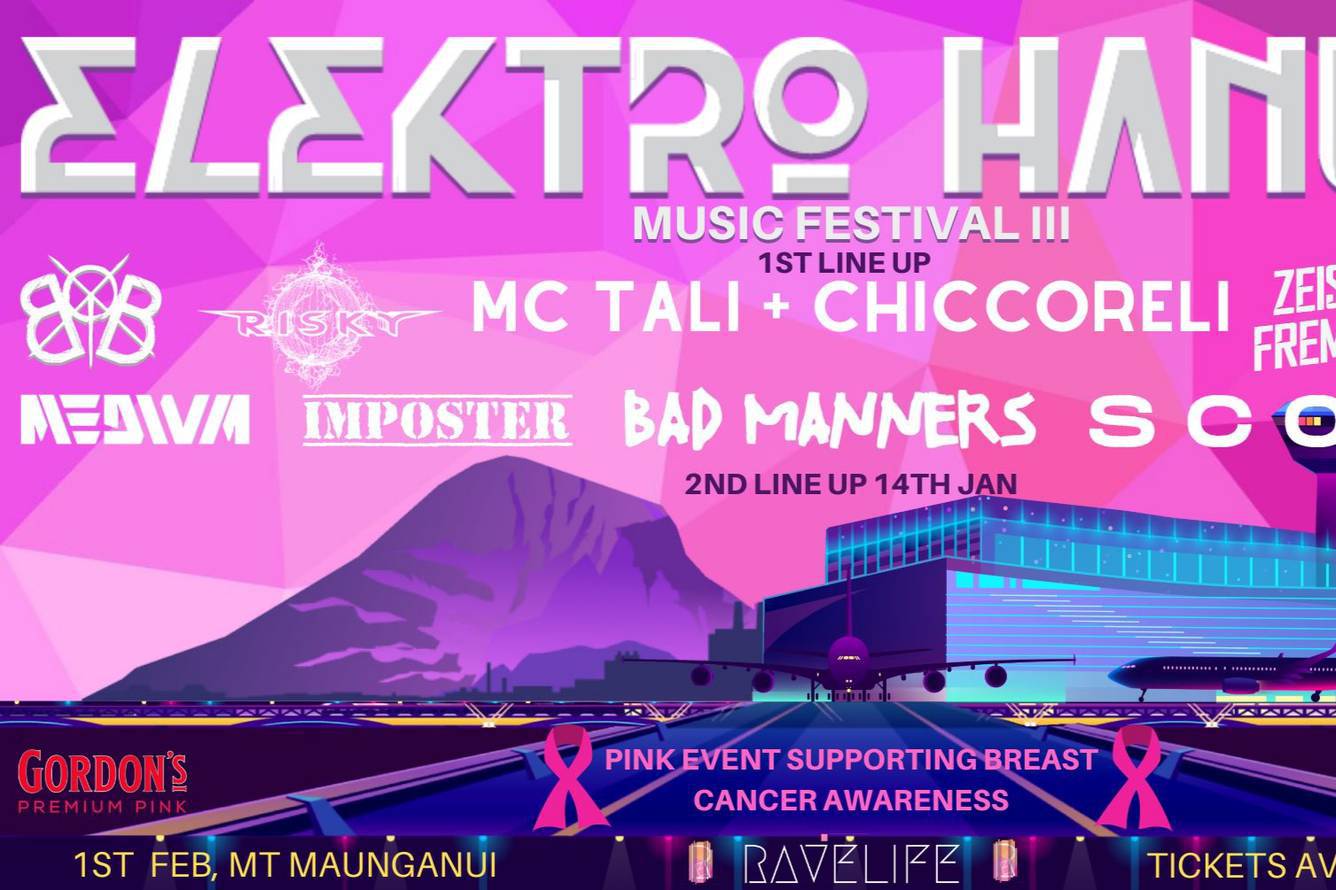 MEDIUM
Auckland Drum & Bass DJ and producer. Ben Frost aka Medium has been a soundhead since his beginning. Taking up piano at the age of 8 and drums at 14 he developed his ear for music at an early age. At 15 he joined together a band with a couple of mates from high-school called Fractal Theory. This Post rock / Metal / Psychedelic creation spawned his love of abstract / heavy music but it wasn't until a year later when he was introduced to the likes of Ram Trilogy, Concord Dawn and Shapeshifter that his obsession for drum and bass was born. Hitting the turntables at the age of 20 launched him into the local scene with his first appearance at the all famous "Waxd" held at Fu Bar.

CHICCORELI
Originally hailing from London, UK, Chiccoreli is a DJ, Radio host, and promoter. Since arriving in NZ just over six years ago Chiccoreli has performed at major festivals including Rhythm and Vines, Rhythm and Alps, Wanderlust, Northern Bass and Splore. He has also opened for legends like Roni Size, Goldie, Andy C, Spectrasoul, Lenzman, Marcus Intalex, LTJ Bukem and also played at label night’s such as Metalheadz and Hospital records just to name a few.