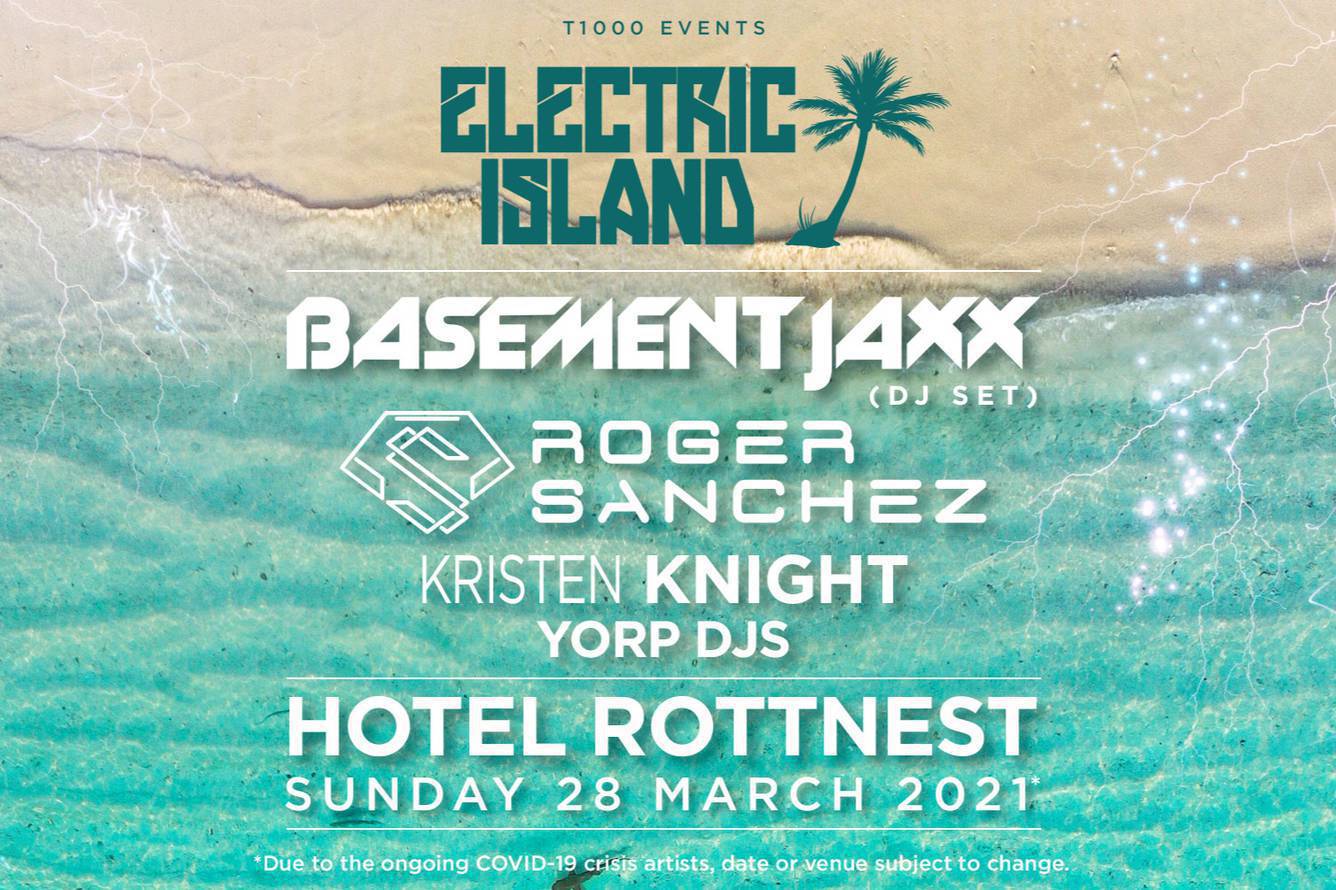 Due to the COVID-19 crisis the date of this event has changed to Sunday 28th March, 2021. Perth! We are excited to announce the debut of Electric Island feat. Basement Jaxx, Roger Sanchez + more!!! Join us for this magical day of music set across the white beach sands at picturesque Hotel Rottnest.

BASEMENT JAXX
Widely respected as one of the world’s most legendary house duos, Basement Jaxx have been global crowd favourites for over 20 years. Following their sold out Orchestrated shows in 2019, The legendary BRIT award winning duo Basement Jaxx return to Australia in 2020 bringing with them an all out sensory assault of dance floor classics including their number one hits ‘Where’s Your Head At, Red Alert, Romeo, and Good Luck’. Do not miss the electronic duo playing their unforgettable hits in the open-air on the white sandy beach at Hotel Rottnest.

ROGER SANCHEZ
From a humble beginning in NYC to multi-year residencies in Ibiza; from digging in dusty crates to headlining festival main-stages around the world, Roger is truly a self-made man and dance music star. The crafting of Roger Sanchez, the DJ, started in the late 80s in Corona, Queens, where as a young man he was enticed by the early roots of hip-hop sprouting all over New York. Attending parties by the Bronx River and other jams as a break-dancer and graffiti artist, Sanchez was introduced to DJ’ing through friends, trying his hand in an organic environment where his creativity behind the decks flourished from a few singles into an ambitious catalogue of over two thousand original productions and remixes.