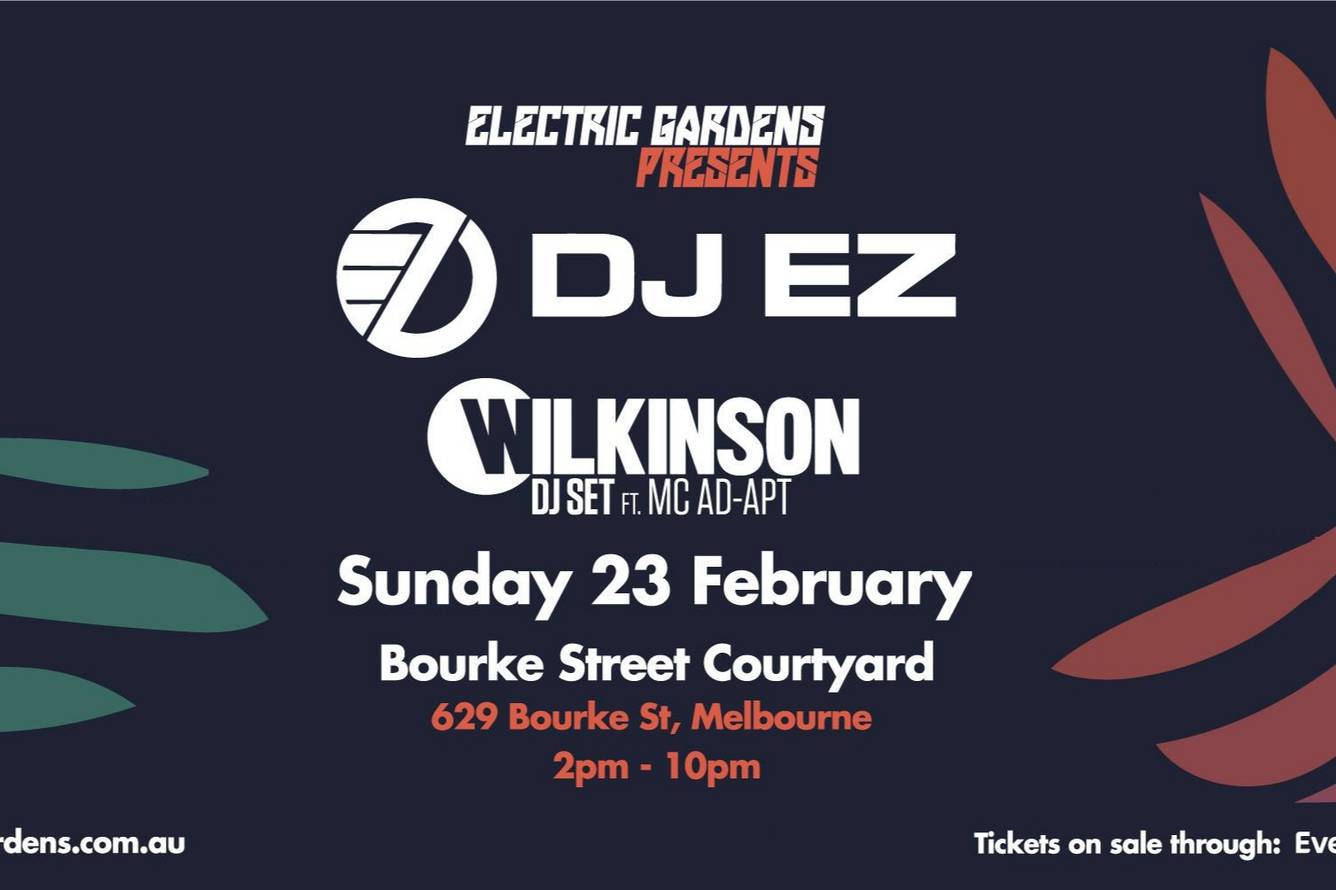 Electric Gardens is a fiercely independent, outdoor, boutique music festival, showcasing the very best artists from the electronic music world. For this intimate Sunday event we take over all the rooms at the Beautiful Bourke Street Courtyard.

DJ EZ
DJ EZ Pronounced DJ EEE ZED is widely regarded as being one of the best DJ’s to grace planet earth, he can only be described as a charming music phenomenon. Saluted by the industry for being one of the most creative mixers with instinct and technical prowess, not forgetting the mentions of owning one of the quickest fingers in the trade with his trademark cue action displays during his sets! A set of decks simply isn’t the same without DJ EZ.

WILKINSON
Hailing from the leafy suburbs of South West London is Ram Records’ Wilkinson. His first insight into mak- ing music came aged of 9 when his parents bought him a drum kit. Mark ‘Wilkinson’ joined a few bands playing at venues as far as the Birmingham NEC and as close as the local old peoples home. This swiftly ended at the age of 14 when Wilkinson discovered his passion for dance music. In his final year at college he tried his hand at making beats, leading him to buy his first bits of production gear and turning his bed- room into a studio. A few years and part time jobs later, after driving his family mad with large amounts of bass loosening the brickwork of his house, Mark secured himself a studio not far from his home.