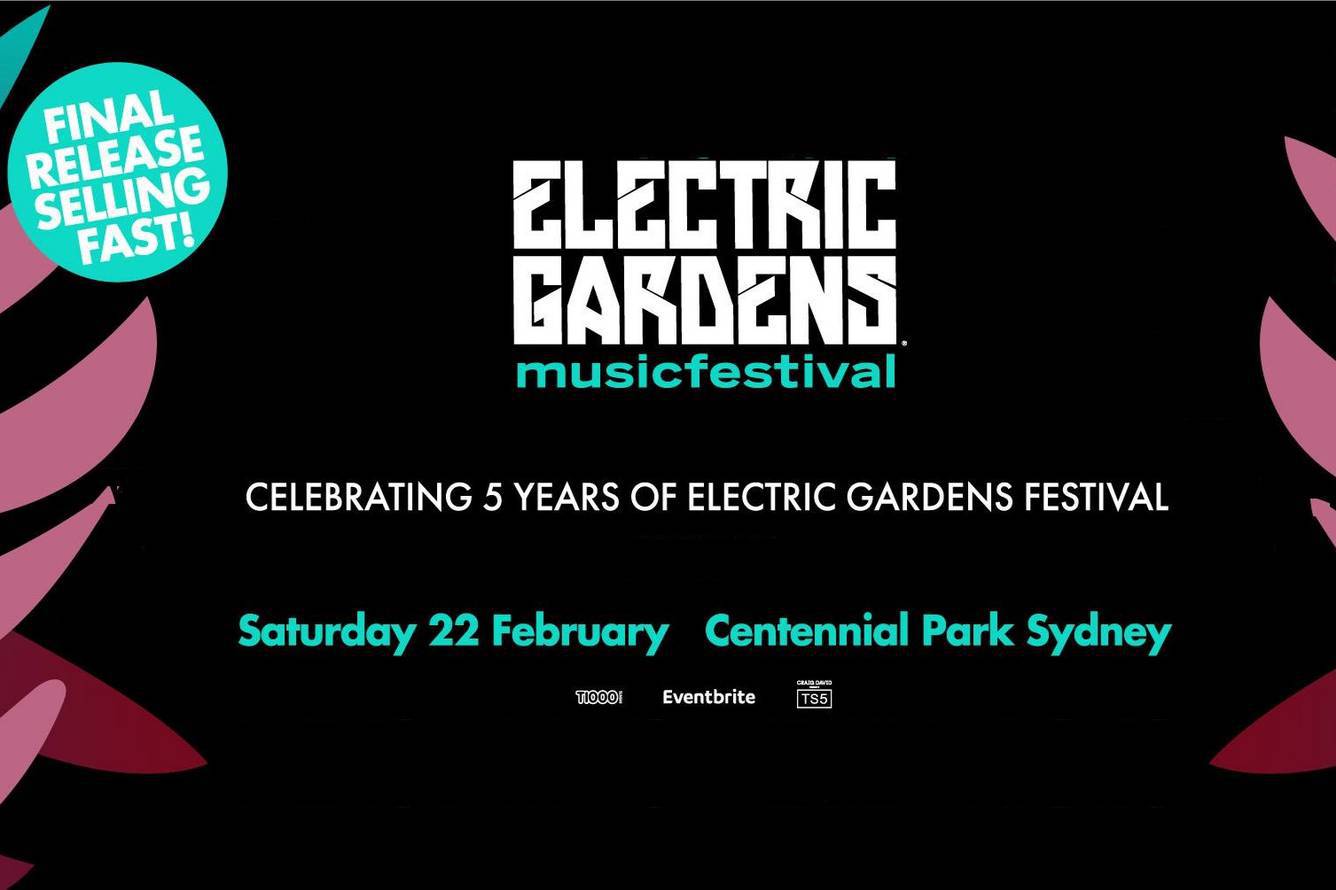 Electric Gardens Festival is a one-day electronic music festival taking place at Centennial Park in central Sydney, Australia. It's a boutique music festival showcasing the very best electronic music. Electric Gardens Festival is widely regarded by electronic music fans thanks to the directors’ careful curation skills when it comes to their line-up. Their hugely successful debut event in 2016 was hailed by many as a return to the lost glory days of outdoor Australian summer dance music festivals. And since then, year on year, they have built on that success with a diverse line-up combined and an up-for-it crowd.

ALAN FITZPATRICK
Having enjoyed a breathlessly successful 2016, there can be no doubting Alan Fitzpatrick’s position as one of the most influential electronic artists of the moment. Pumped up by yet another series of head-turning productions over the previous twelve months, the Englishman’s profile continues to transition rapidly from the techno underground towards the electronic music main stage , attracting significant attention from BBC Radio 1, Mixmag and Resident Advisor and elevating Fitzpatrick to the position of global headliner. A status supported by the launch of Fitzpatrick’s own multi-faceted We Are The Brave label brand with its all-conquering debut single ‘We Do What We Want’, and the release of a critically acclaimed Fabric 87 mix compilation. Already a universally respected and in-demand producer, Fitzpatrick has succeeded in carving out his own musical niche within the ever-expanding genre of techno, earning him the reputation of a seemingly unstoppable source of hit music.

ANN CLUE
If there is one female DJ and producer that is totally different then its ANN CLUE. While she was responsible for uprising career of her best friend Boris Brejcha, she started producing her own style and touring the whole world on the same time. The past 4 years she lived a live on the edge and is continuing that. Maybe thats why just slowly we hear from her here and then - cause good things take time. Music has always been her passion and when she plays you know what that means. Building up a journey from melodic to heavy bass driven beats, she surprises everyone who hears her not only the first time. She is powerful, has a crazy amount of energy and her sets vary from deep dark melodic to acid and strong basslines. Her latest track with Boris called `Roadtrip` shows exactly that. And her latest single release `Dreamcatcher` as well. If you listen to her once you will recognize there is really no one out there that can compete. In 2017 he played in 25 countries and in 2018 its going to be even more.