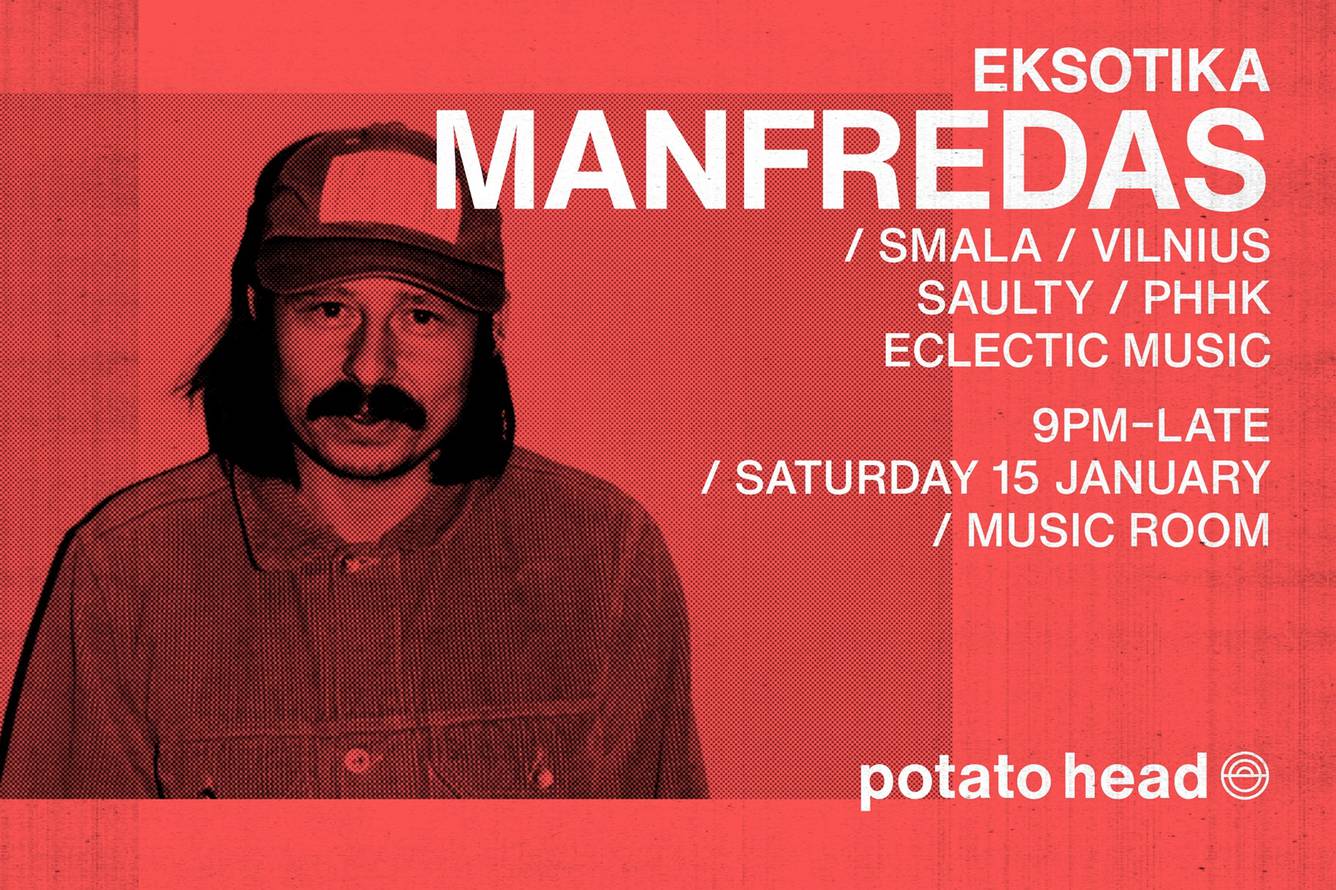 DJ MANFREDAS
Manfredas, The name packs a hefty punch. After years spent amassing knowledge as a radio DJ, he took his talents to the club, where he’s been convincing the unconvinced ever since. This man has a serious gift for throwing his every physical move hammering home the strength of his musical convictions. From the unique way he palms the jog wheel, to the ardent torque of his dancing, music feels a little more impactful in his midst. Manfredas’ ascent has been aided by musical cult leaders enthusiastically co-signing on his taste and talent. Ivan Smagghe championed his tracks on the LDDM label, aligning with his love of cold-wave-chug, electro-chug, and neo-trance-chug. Realizing which way the chug was blowing, Red Axes inducted him as the only non-Israeli in the Garzen crew, resonating with his uncanny sense of the bizarre and the beautiful. Meanwhile, global groove gurus Multi Culti harnessed his affinity for wild, off-kilter ethno-charms, encouraging the big guy to cool it with the booze, go healthy and maximize productivity. All have invited him on tour, and audiences around the world have been blown away by the epic b2bs, breathtaking b2b2bs, and miraculous b2b2b2bs.