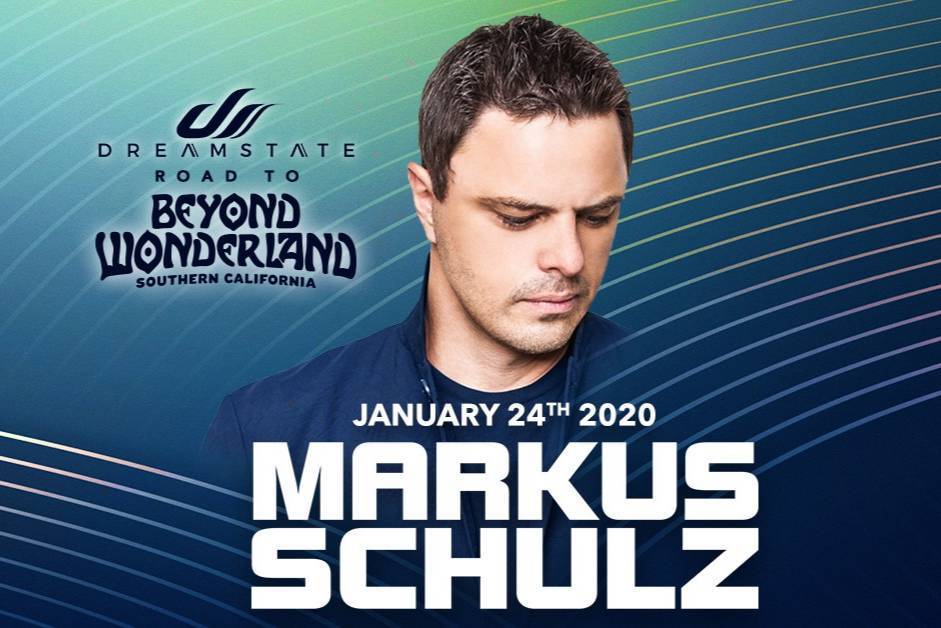 Dreamstate presents Road to Beyond Wonderland with Markus Schulz.

MARKUS SCHULZ
Over the last 10 years Markus Schulz has crafted the individual musical identities of progressive, trance & house into his own unique fusion sound. The combined influence of his headlining DJ sets; Armada and Coldharbour label releases and highly prominent Global DJ Broadcast radio show have placed him at the forefront of the US EDM revolution. This success has been reflected in weekly sets spun in front of tens of thousands, a GDJB listenership up in the millions and critically acclaimed albums, including ‘Do You Dream?’ and most recently ‘Scream’. In 2008 Schulz broke into the # 10 of DJ Mag’s Top 100 chart and has maintained a successive run of high-ranking positions ever since. He holds the 2012-2013 DJ Times magazine reader-voted title of America’s Best DJ. Playing over 150 gigs every year, he has become the busiest international DJ playing out of the United States.