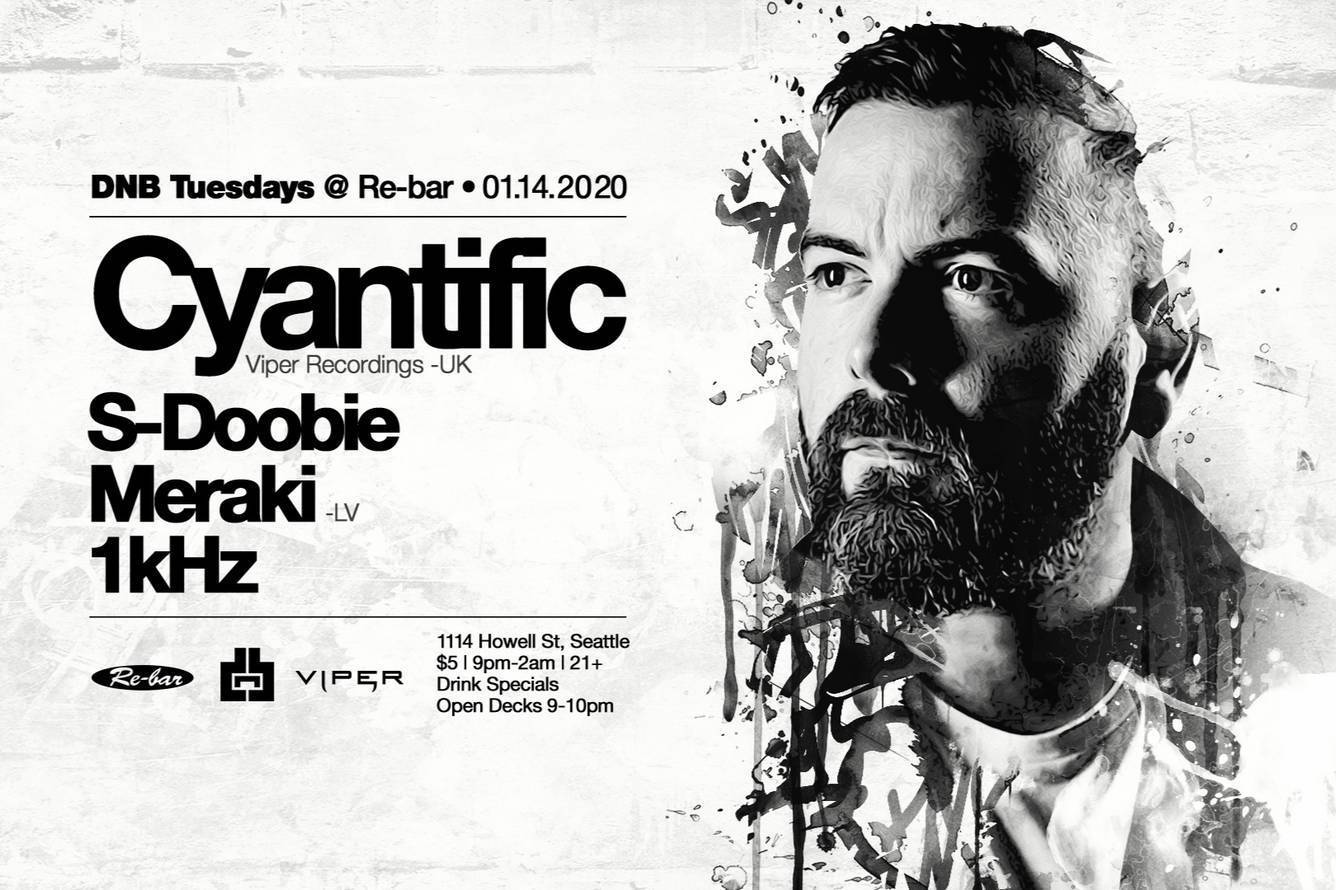 CYANTIFIC
Cyantific AKA Jon Stanley, has been at the forefront of drum and bass for over a decade. Known for devotion to his decks, pinpoint accuracy in the mix and his ability to construct dance floor anthems has seen Cyantific DJ around the globe. In 2006, Cyantific released his debut album, ‘Ghetto Blaster’ on Hospital Records, and went onto win the BBC 1Xtra Best Newcomer DJ award in 2007. Releases followed on legendary labels like Critical and Ram. In 2010, CYN Music was established where his skills both as a talent selector and solo producer shone through.