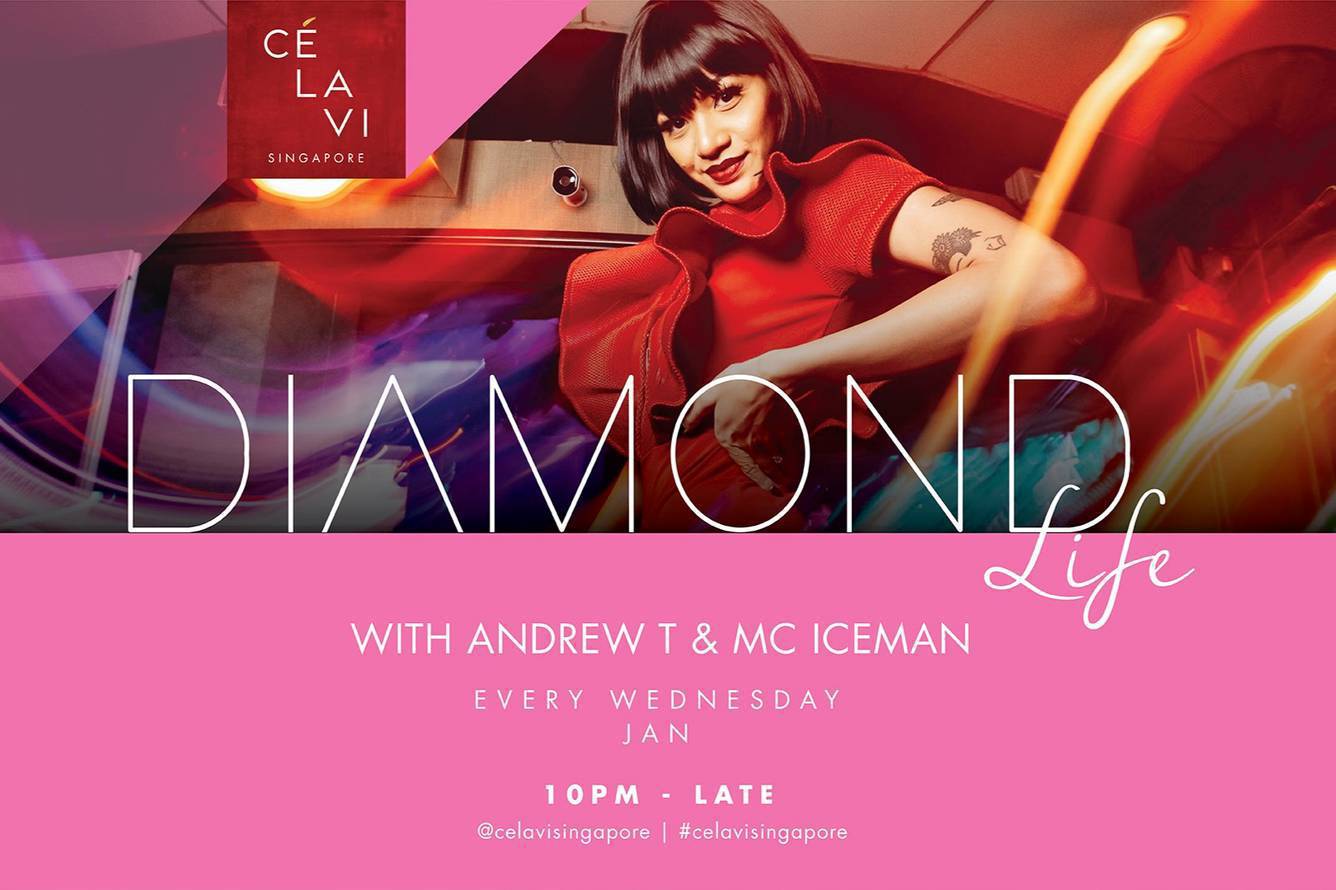 Party at the island’s most rewarding ladies’ night! CÉ LA VI promises to pamper all Diamond Life ladies with complimentary entry and a glass of bubbles.

DJ ANDREW T
Born and bred in Singapore, what started as a hobby has made Andrew T one of the most respected and sought after DJs in the region. Andrew T was a resident at Singapore’s hottest club, The Butter Factory Singapore and can be heard on Saturday nights on Singapore’s radio station 98.7FM on the radio show “987 Anthems”. His long running signature night “Booty Call” is happening monthly at clubs all around Singapore. He has also played at the best clubs all around the world. Andrew T was the music director for the 2010 Singapore Youth Olympics & 2015 Sea Games, and in his 10 years as a DJ, has played not only in clubs but at important events around the world, like the Johnnie Walker Black Circuit Parties, Sony Fashion TV Beach Festivals, Fide Fashion Week Parties, as well as festivals including Fuel Festival FI 2009, the Avalon at Large F1 party in 2010 & 2011, the Seoul Electronic Music amongst many others.