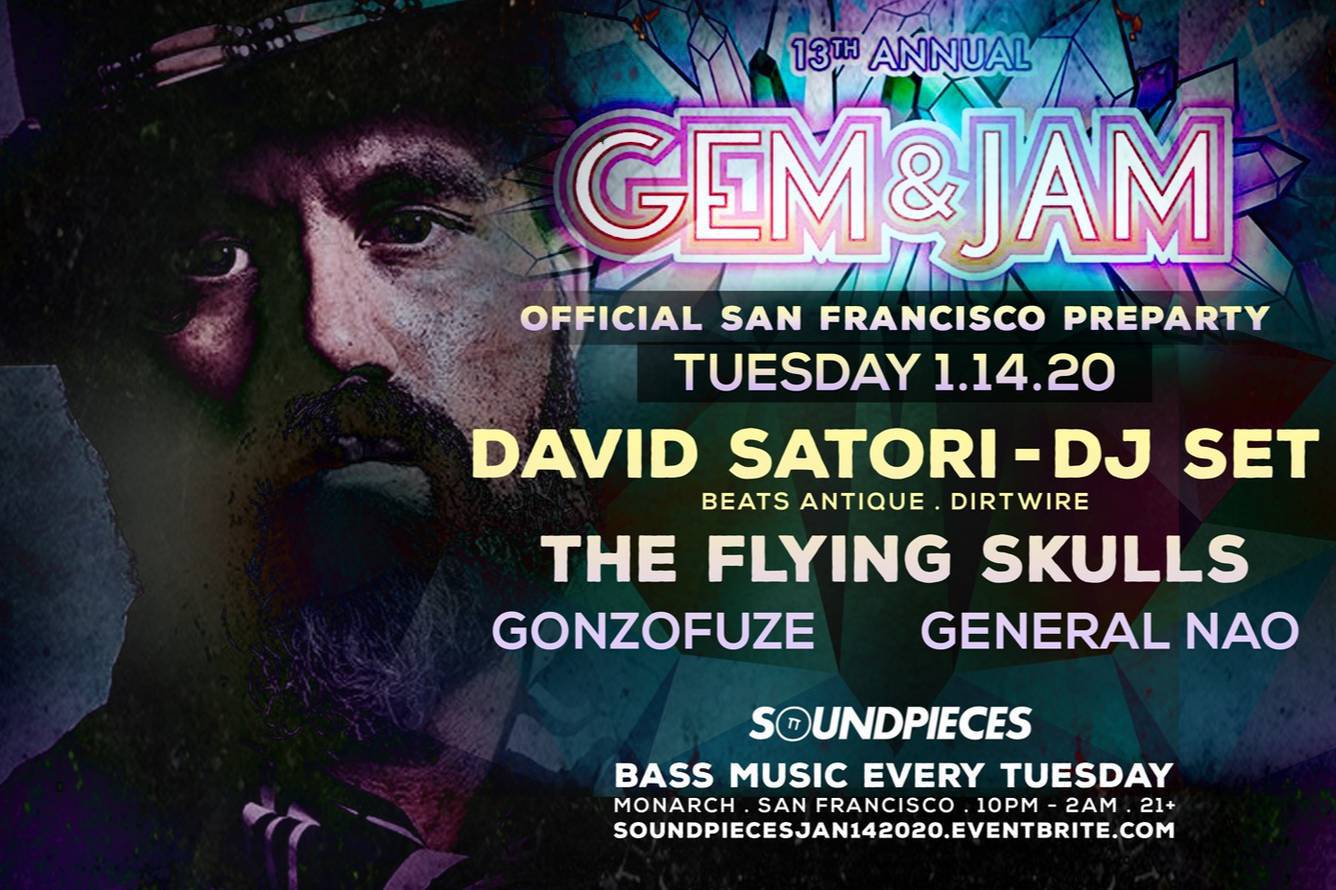 Soundpieces presents the Official San Francisco GEM & JAM Preparty!! Entry gets you a free raffle ticket to win a pair of tickets to the festival in Tucson in January! Soundpieces turns up in the BASSMENT of Monarch EVERY TUESDAY. We are San Francisco's ONLY weekly plug to witness diverse selections of the most proper underground electronic music of our time.. Dubstep,Trap, Grime, Hip Hop, Footwork, Halftime, House & More!

DAVID SATORI
David Satori is a musical adventurer. Born in Burlington VT, David was inspired by the rich local music scene and started playing guitar and drums at the age of 13. David produced his first original album with his band Bubble Tribe in 1997 as a senior in high school and went on to study music at CalArts in Los Angeles, graduating with a bachelor’s degree in Composition and Performance in 2001. After college David bought an aging airport shuttle bus, converted it to run on vegetable oil and toured the US with his bands The Funnies, a four piece space funk band, and Aphrodesia, a female fronted futuristic Afrobeat big band from San Francisco. David also co-founded and produced events with The Sustainable Living Roadshow, a traveling eco festival. In 2006 David helped organize a month long West African Tour with Aphrodesia and the African Showboyz from Ghana, which culminated in twonights at the legendary Shrine in Lagos, Nigeria, the musical home of Femi Kuti, son of Fela Kuti.