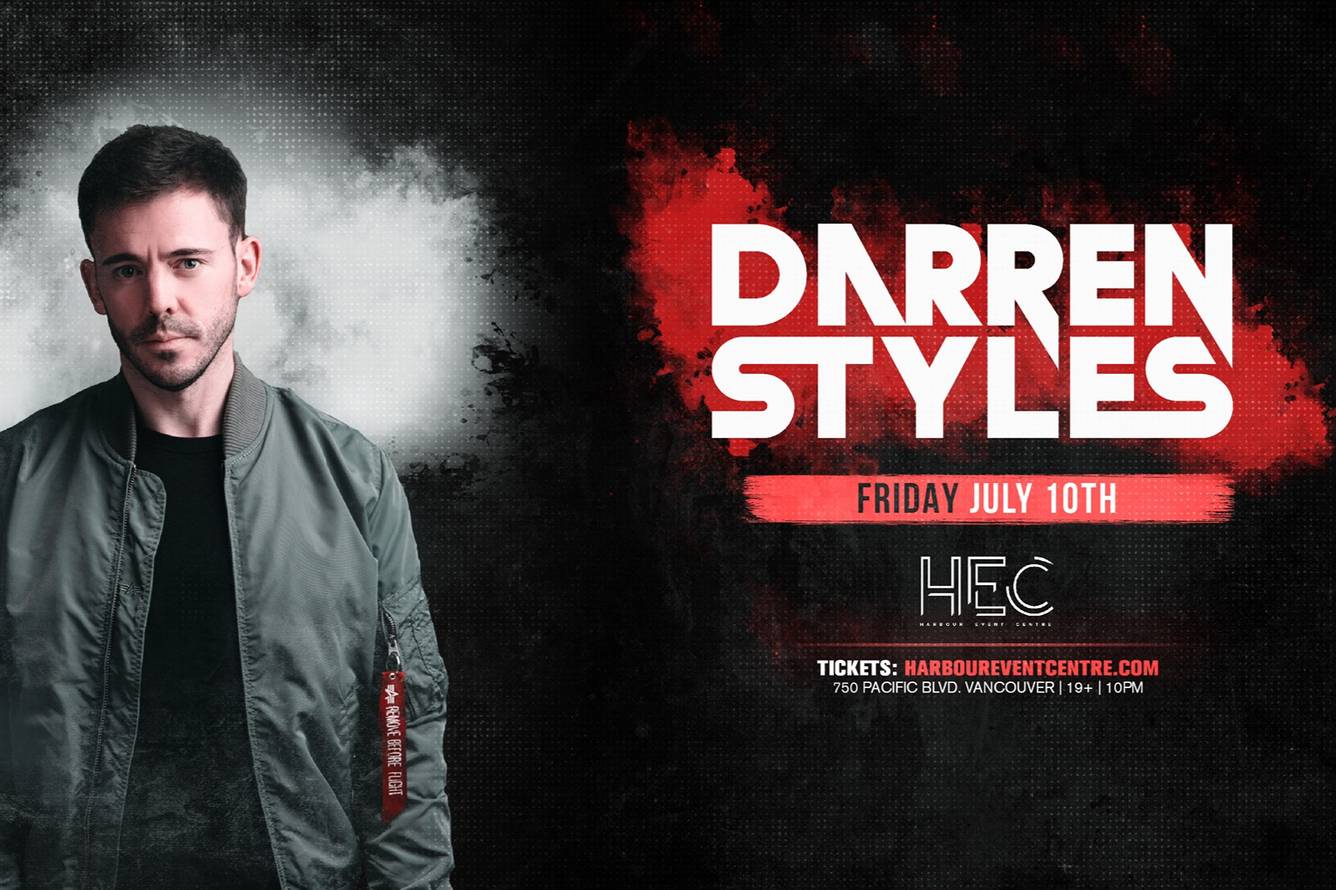 Hard-Dance fans rejoice the debut of Darren Styles performance at Harbour Event Centre, Due to the ongoing COVID-19 pandemic, we have postponed Darren Styles to Friday, July 10.2020.

DARREN STYLES
Darren Styles, born Darren Mew is a Hardcore DJ, Record Producer and Song Writer. Darren has been on the dance scene for over 13 years despite, having started DJ-ing in the world of underground Hardcore at just 16. He started producing and writing tracks with Paul Force in 1993…rapidly becoming two of the biggest names on a new scene which was just beginning. Over the next few years they continued writing and producing together and were responsible for a host of Hardcore classics – they were the first hardcore DJ’s to produce a Mix for Pete Tong’s Essential Mix on Radio One. They gained awards as best producers, best DJ’s and best tracks in numerous Hardcore Awards.