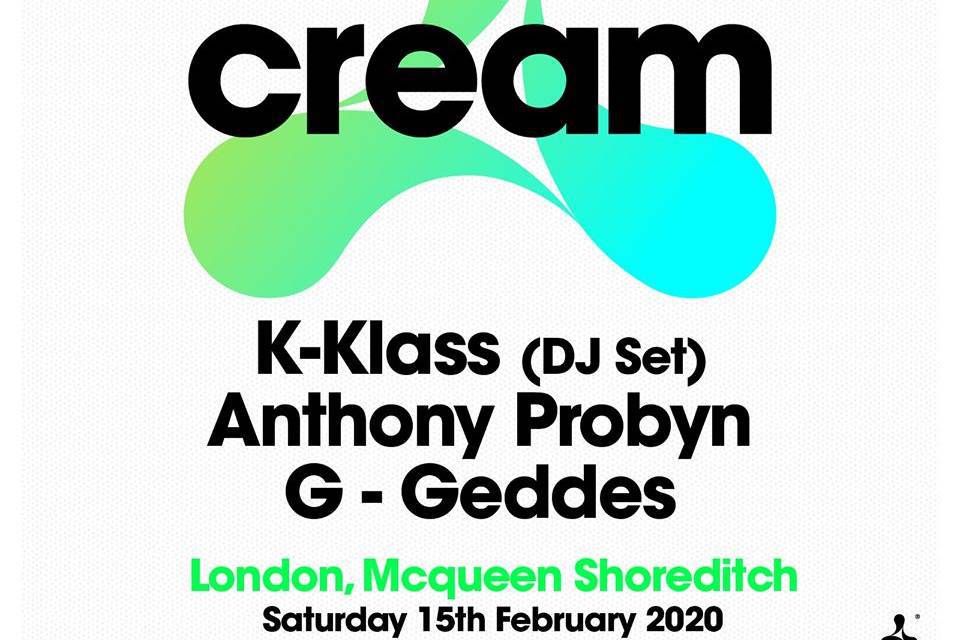 The iconic club brand come back to London on Saturday 15th February for a debut at the newly refurbished McQueen! Expect the best club anthems Cream is famous for across two rooms at the plush Shoreditch venue. Cream is one of the world’s leading event promoters, now part of Live Nation Entertainment, over the last 24 years it has defined itself as one of the world’s most instantly recognisable youth brands and a global leader in the electronic music market. Since it's humble beginnings in 1992 as a 400 capacity club set in an unfashionable, derelict part of Liverpool, it blazed the trail and set the blueprint for dance culture as we know it today. Over the years the company has continued to build its reputation on delivering innovative and creative events, despite the closure of its spiritual home of Nation in December 2015, universally the Cream brand continues to grow, staging club events around the world, hosting the biggest and longest running UK club night in Ibiza and Mallorca every summer, exploiting the global market with Creamfields - the world’s biggest electronic music festival brand with events staged across the globe and over the last decade operating one of the most successful touring divisions working with some of today’s most influential artists.

K-KLASS
K-Klass are responsible for some of the biggest house tracks ever made. They are all about entertaining and playing for the crowd. They play at various events and venues all over the world on a weekly basis, which means it is important that they adapt their music to suit each venue. Nights out at the legendary Hacienda “Nude” nights in 1988 led to the meeting of minds and the beginnings of the K-Klass phenomena that lead to regular performances at the Hacienda. From there K-Klass became residents for the worlds biggest dance brand “Cream”, playing guest slots all over the world at some of the most prestigious and biggest dance events K-Klass had already gained underground support for their acclaimed “Wildlife E.P", released in 1990 before they unleashed their sound onto a nationwide audience with the release of “Rhythm is a Mystery” and the huge“Let Me Show You”.