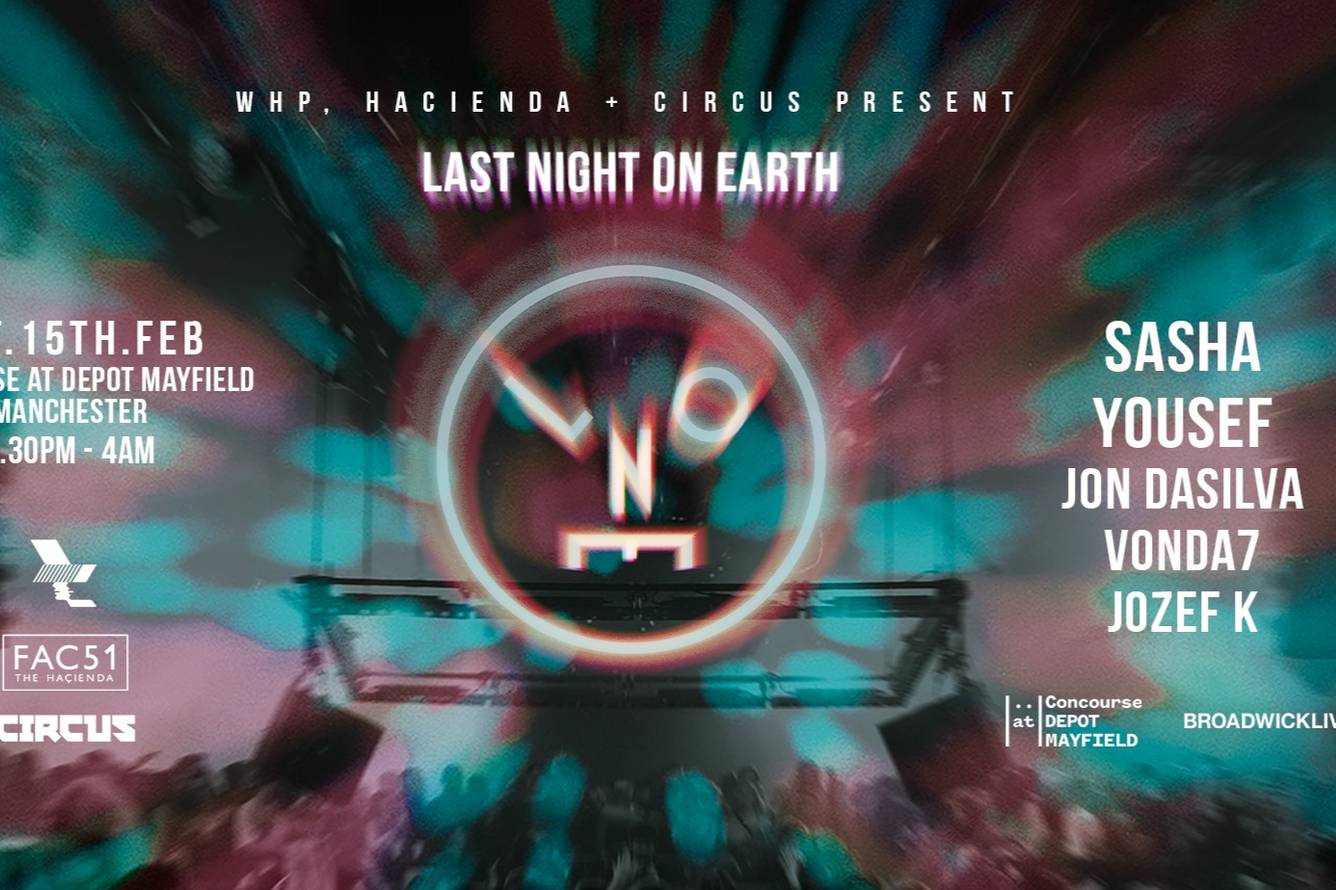 Concourse Only: Last Night On Earth

Manchester, Last Night On Earth is coming. Save the date.

DJ SASHA
North Wales native Sasha became one of the world's most renowned and popular DJs, known for populist fusions of house, techno, and trance. Starting out in the late '80s as a club DJ, the former Alexander Coe got his first big break when he was hired by the dance club Shelly's to spin and rework popular sounds of the day. It was there that the young DJ found fame with the dance and house crowd, but it wasn't until he started laying down his grooves at the Haçienda and Renaissance that he become known nationally and, eventually, globally. It was while still at Renaissance that Sasha met another DJ, John Digweed. The two became a remixing team and soon released the first volume of Northern Exposure, a series of mix albums that also functioned as a collection of the duo's remixes for other producers. The duo toured behind the release, visiting the U.S., Australia, South Africa, and Southeast Asia. Sasha refused to limit himself to DJ work, however; he collaborated with singer Maria Naylor on the Top 20 U.K. pop hit "Be as One," and remixed tracks from such popular artists as the Pet Shop Boys, Simply Red, and M People. He also formed his own record company, Excession Recordings, and wrote originals for Deconstruction.