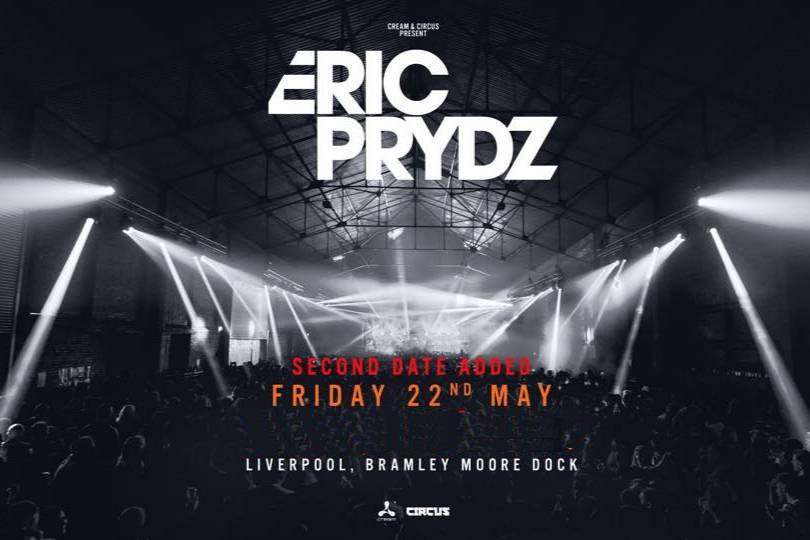 Our legendary CIRCUS events in Liverpool are arguably among the best in the UK, championing the finest in house & techno since 2002.

DJ ERIC PRYDZ
Swedish DJ and producer Eric Prydz releases singles and EPs under a variety of project names, including Pryda, Cirez D, Sheridan, Dirty Funker, Moo, A and P Project, Axer, Hardform, Dukes of Sluca, and Groove System. Most of these singles are released on his own labels, which include Mouseville, Pryda, and Pryda Friends. Under his own name, however, Prydz favors straightforward, club-oriented house with a line in remakes of mildly cheesy pop songs from the 1980s. Prydz's first release in this style was 2004's "Call on Me," a sensation in Europe upon its release. Built on the hook from Steve Winwood's 1987 hit "Valerie", "Call on Me" hit the top of the singles chart in both England and Germany, spurred in large part by a somewhat controversial video consisting of an overtly sexual aerobic routine that had no less a personage than U.K. Prime Minister Tony Blair publicly commenting on its salaciousness. Prydz followed this in 2005 with "Woz Not Woz," a beat-heavy instrumental revamp of the 1980 Was single "Wheel Me Out" that was less commercially successful but more musically inventive. This was followed in 2006 by "Proper Education," a remake of Pink Floyd's smash "Another Brick in the Wall, Pt. 2" that set David Gilmour and the schoolchildren chorus to a considerably funkier backbeat.