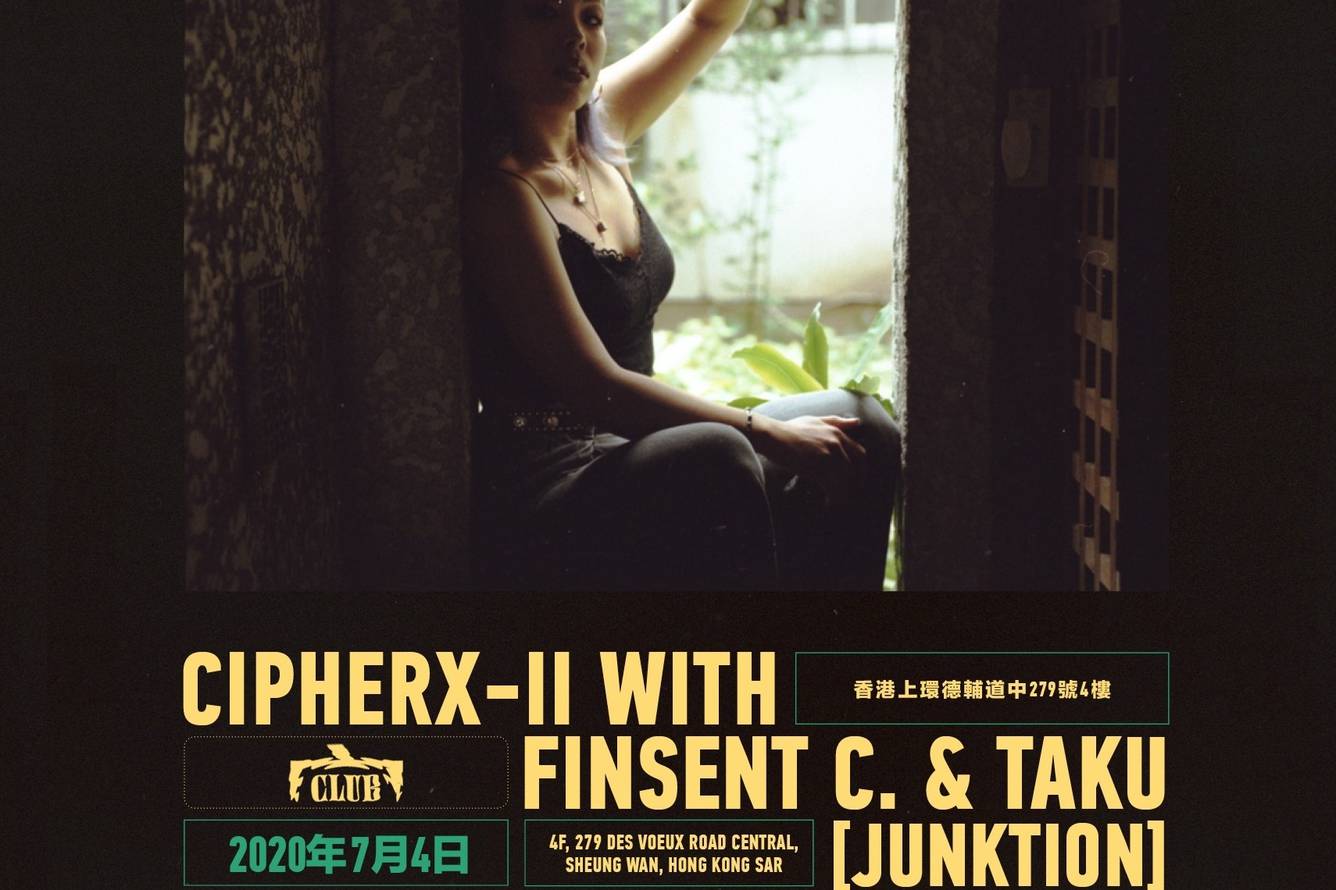 The local collective Cipher, organising pop-up parties around town and holding a residency at the club since 2020 is back this Saturday after months of absence. This time, Cipher founder and resident Finsent C. invites one of the pillars of the scene, the Japanese DJ Taku.

FINSENT C
Finsent C is an artist native to Hong Kong, who has seen his sound evolve innumerably since his initial foray into DJing in 2009. Having been a drummer and member of a local band in his formative years, he eventually sought refuge in electronic music; cultivating a sound that can best be described as fluid, and with an emphasis on the hypnotic spectrum of techno. He perceives sets as flowing journeys, which requires time, and an element of patience to achieve. His music project - Cipher, is a metaphor for his musical direction and vision 'experiencing' parties that verge on the ritualistic, to which point they have been described as otherworldly. Artists both locally and internationally continue to be invited to express their various forms of deep, experimental and meditative sounds.

TAKU
As for Taku, Let music breathe, resonate with life surroundings in a concrete jungle. Hailing from south Japan and based in Hong Kong for over a decade, Taku has been on the decks since 2000 and keeps connecting to various dance floors worldwide. Mixing various styles of music, layering inspiration from industrial cities and traveling onto music, expanding interpretation of dance music with his unique taste and careful decision. Keep updating himself with numbers of artists and hidden talents across the globe at his own party "Junktion". When his trippy groove is in control, music spreads smoothly and extensively. It grows a certain kind of positive energy even if he plays deep hypnotic mind bending sound, gentle after hours sound or unpredictable experimental sound, there is a deep connection with control and release, consistent groove and constant waves in his set.