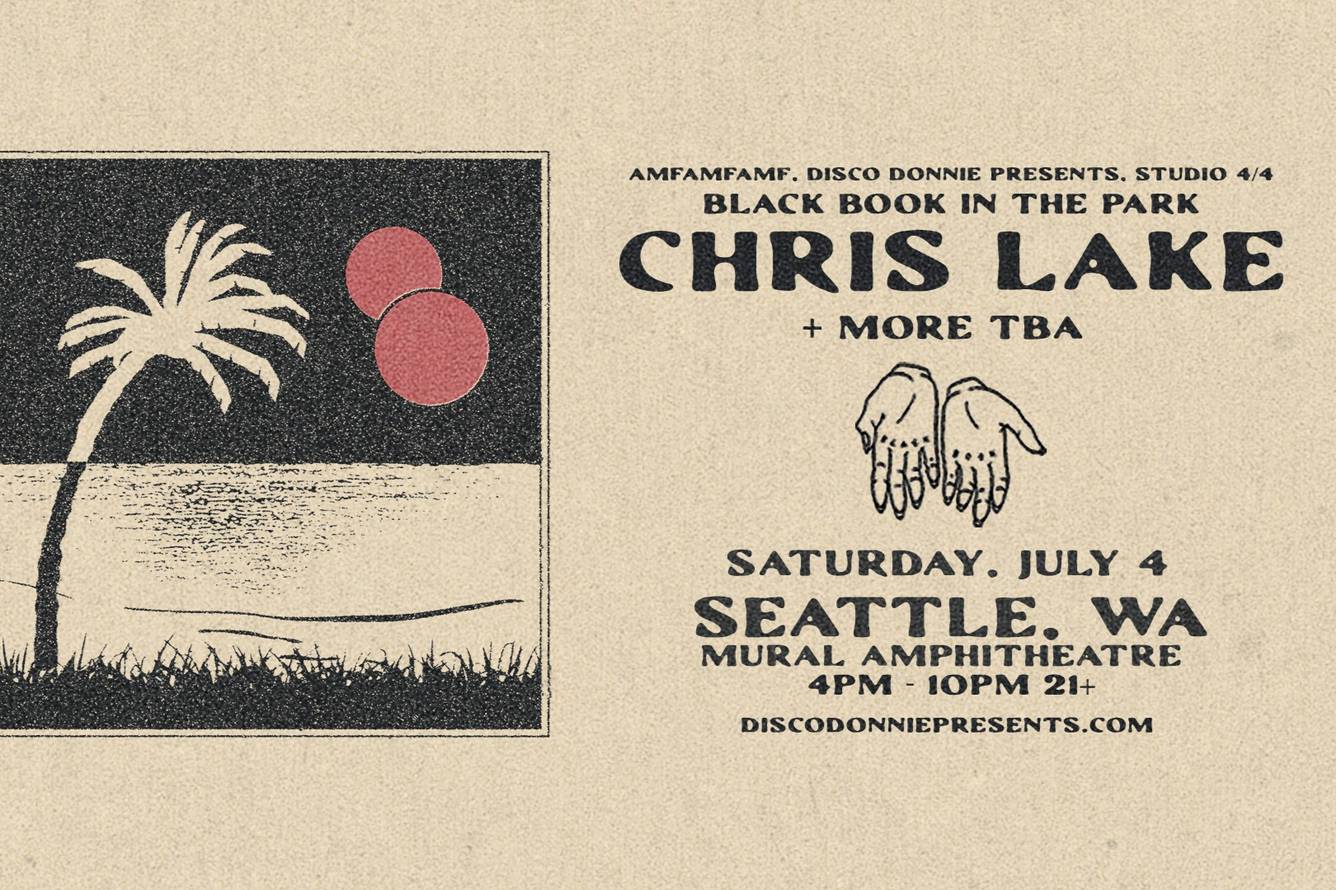 Amfamfamf, Disco Donnie Presents & Studio 4/4 Present: Black Book In The Park, Featuring: Chris Lake + More TBA. Black Book is a record label founded by Chris Lake. Located in Los Angeles, Black Book embodies the frontier of modern dance music. All My Friends, is about good times with good friends and even better music. We are excited to introduce our friends Disco Donnie Presents and once again partner up with the legendary Studio 4/4 for this special event.

DJ CHRIS LAKE
For the past five years, Chris Lake has been living the dream. As a DJ he’s travelled the globe. As a producer, he’s topped industry charts over and over again. As a lover of music, he continues to chase down the freshest beats around. Simply put, he’s become one of the great DJ/ Producers of the world. In 2009 Chris turned to the Americas with the intention of winning over two of the great musically cultural continents. Two Billboard Dance chart airplay number 1’s and multiple tours, have ensured that from Vancouver to Rio, NYC to Miami, the sound of Chris Lake has travelled far and wide, and is now embraced with loving arms, no matter what the city. The question is, what is the sound of Chris Lake? Yes, he is known for his electro-pop crossover productions, and based on the success of 'Changes', ‘La Tromba’, ‘Only One’ and ‘If You Knew’, why not? The latter, taking the number one spot in the Music Week, Buzz and Cool Cuts charts, while the accompanying music video was praised by MTV and broke into its Top 5 weekly chart.