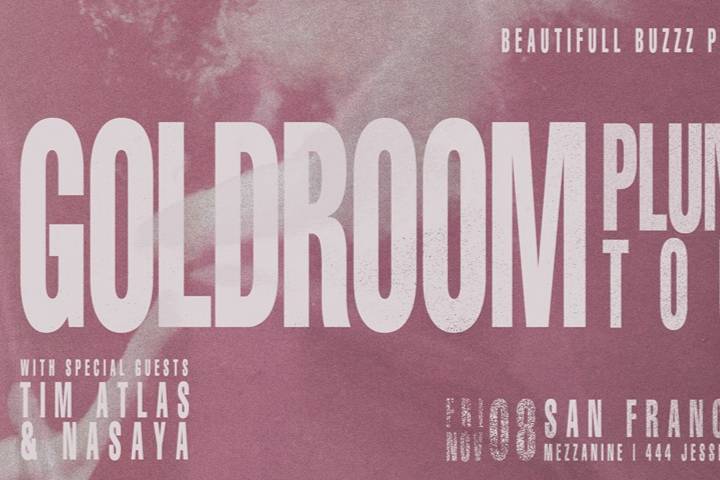 GOLDROOM
On his full-length debut West of the West, L.A. based songwriter/producer Goldroom bends the boundaries of electronic music to build a sleekly composed but soulful update of the quintessential California sound. a Massachusetts-born multi-instrumentalist who’s made music as Goldroom since 2011. Throughout the album, Goldroom reveals his deep-rooted affinity with the ocean by sculpting expansive arrangements and instilling each song with a serene yet kinetic energy. That energy’s partly sourced from Goldroom’s ingenuity in interlacing live guitar, bass, and percussion into electronic soundscapes to form a sound both forward-pushing and timeless. On West of the West, he further shapes that glossy but groove-heavy sound by tapping into sensibilities of early French house music. On the album-opening “Silhouette,” for instance, Goldroom brilliantly channels the breezy and bass-powered feel of classic French touch music. From start to finish West of the West sustains that dreamy melancholy, a mood informed by Legg’s solo touring as a DJ in recent years.