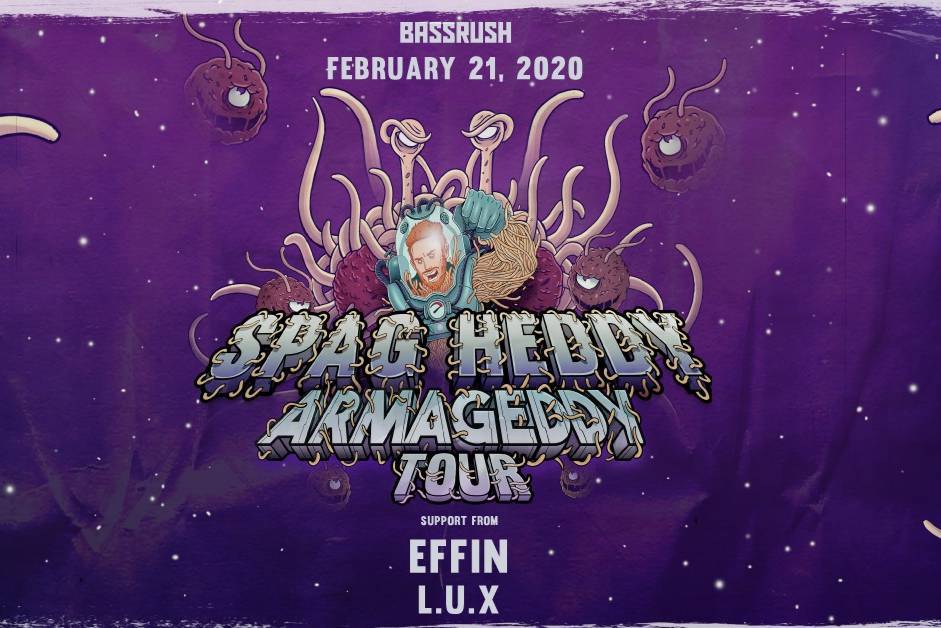 SPAG HEDDY
Straight from the kitchens of Pastanistan, SPAG HEDDY delivers your daily need for filthy, wonky and juicy tomato bass. Since 2011, Mischa Reining (NL) has been well known for his constant flow of both heavy and melodic tunes in the dubstep and drumstep genres. Major players like Skrillex, Datsik, Excision, Skism, Must Die!, Cookie Monsta and Seven Lions have touched his noodly appendage, while official releases and remixes on Firepower, NSD Black Label, Rottun, Play Me, Monstercat and Disciple, have made him a producer you won’t soon forget. SPAG has a large dedicated fanbase, full support from Mega promotion channels like EDM.com, DropTheBassline and DubstepGutter, and has his own official sample pack released through Prime Loops. Now, after multiple top charting Beatport hits, tens of millions of online plays, numerous shows in nearly all continents, including his own tour in Australia, he’s aiming for the biggest and best; expect tons of new ferocious, melodic and neck breaking anthems to come.