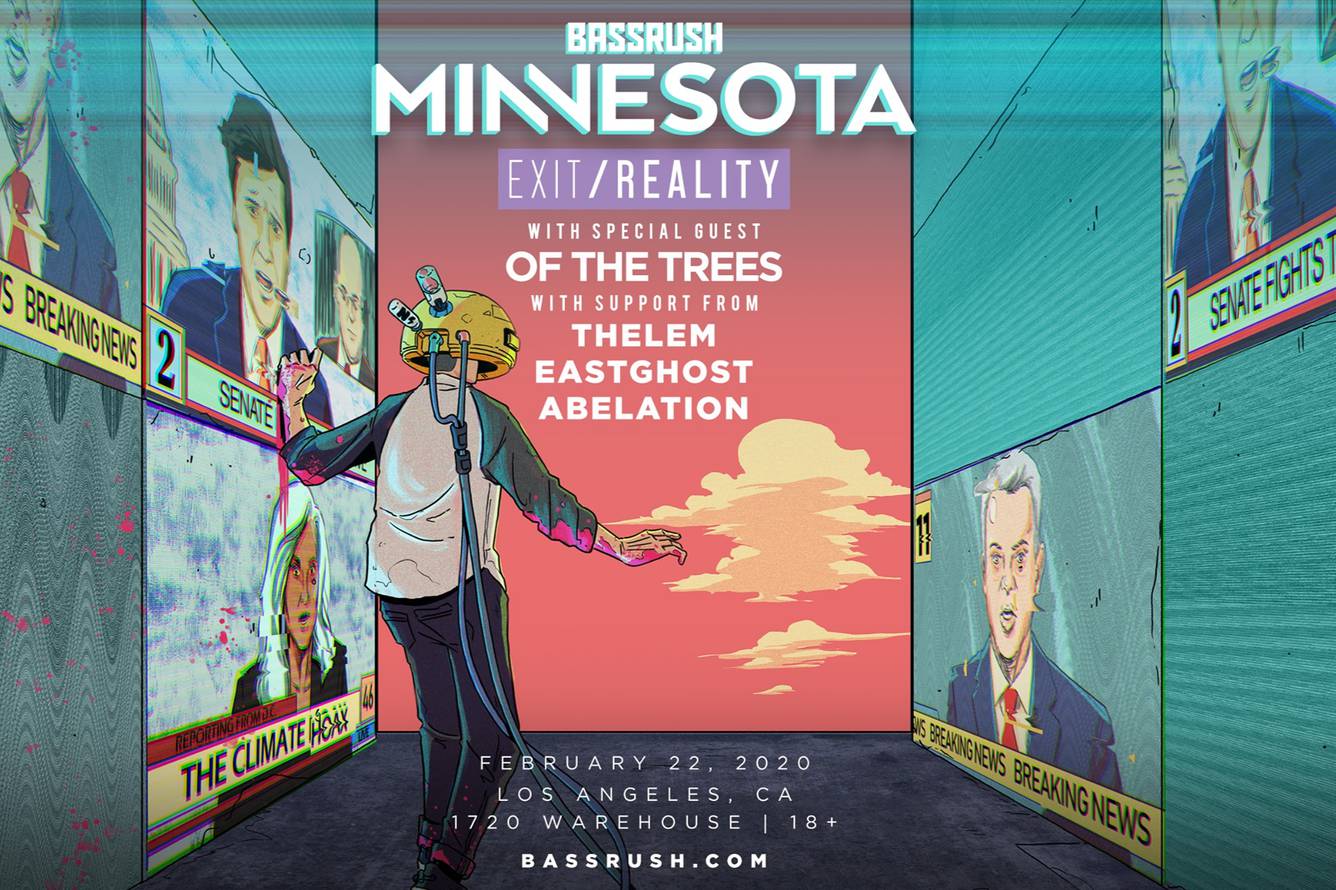 MINNESOTA
Christian Bauhofer, known by his fans as his party-crushing alter ego Minnesota, is one of the most innovative and proficient electronic producers to come out of the West Coast bass music movement. His sound breaks away from the various subgenres of EDM but holds onto origins of dubstep, creating a truly authentic experience for his audience.

THELEM
If there’s any artist successfully straddling genre lines, it’s Thelem. The London-based DJ and producer rose to notoriety in the international dubstep scene, but to label him as a “dubstep producer” does a disservice to the artist’s stylistic versatility. Thelem’s dubstep tunes are sound system staples around the world, however, many of his releases are impossible to categorize as anything but bass music. His catalogue jumps around obscure BPM’s, settling often at the prescribed 140, or the 160+ range that characterizes drum and bass. Thelem’s newest release – the We Ain’t The Same EP – features a fusion of classic dubstep styles, the contagiously danceable sound that epitomizes UK grime, even elements of the bass-heavy party style known in America as “trap”. Younger fans of electronic music devised an appropriately ambiguous label suited for Thelem’s postmodern productions: “Future Bass”.