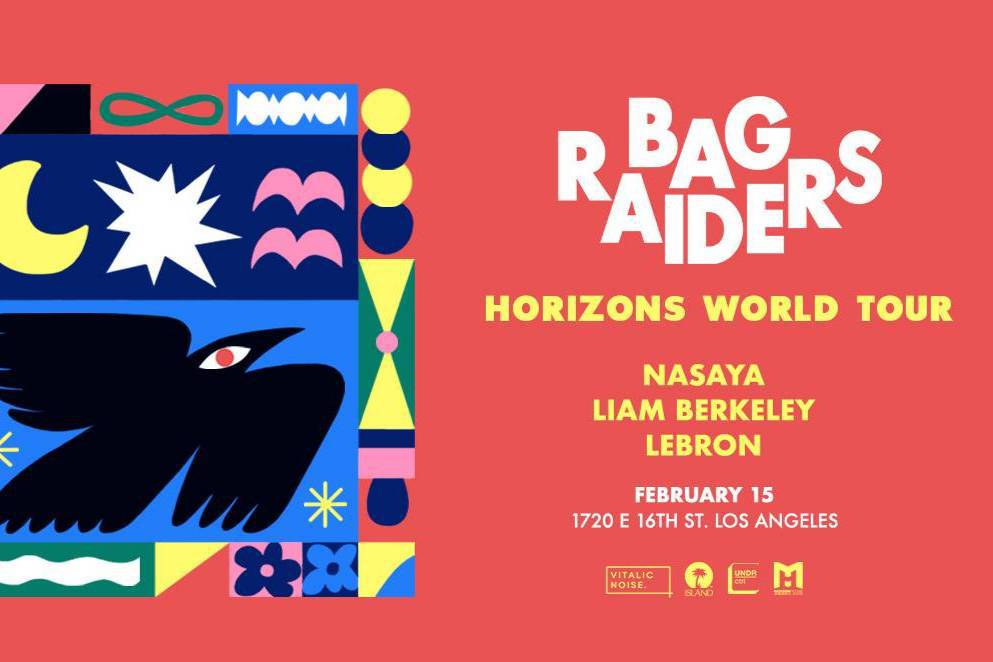 BAG RAIDERS
After three single releases and the completion of a sold out national tour across August, Bag Raiders unveil their long-awaited, sophomore album Horizons, out via Island Records Australia. Conceived, written and recorded all over the globe, Horizons features a stunning cast of Australian collaborators including Mickey Kojak, Panama, Tora and The Kite String Tangle. The 12-track offering documents the journey Bag Raiders have been on since the release of their ARIA nominated Top 10 self-titled debut album in 2010. Culminating in a feast of electro-pop/house tunes, balancing electronic structures with their roots in live instrumentation, their new LP harnesses the beatific production the duo have built their name on, alongside a newfound introspective maturity. Over the past decade, the pair have built a reputation for mammoth dance releases that keep the world moving with them. Between club stardom to world tours and festival slots, together they have achieved a total x32 platinum records, x7 gold records and over 385 million online streams across their collection, which includes the widely-loved “Way Back Home”, gold-certified “Sunlight”, and triple-platinum, runaway meme phenomenon and global anthem “Shooting Stars”. Bag Raiders have delivered their second full-length release to adoring and loyal fans worldwide, extending a collection of undeniable classics each painting pure joy in sound.