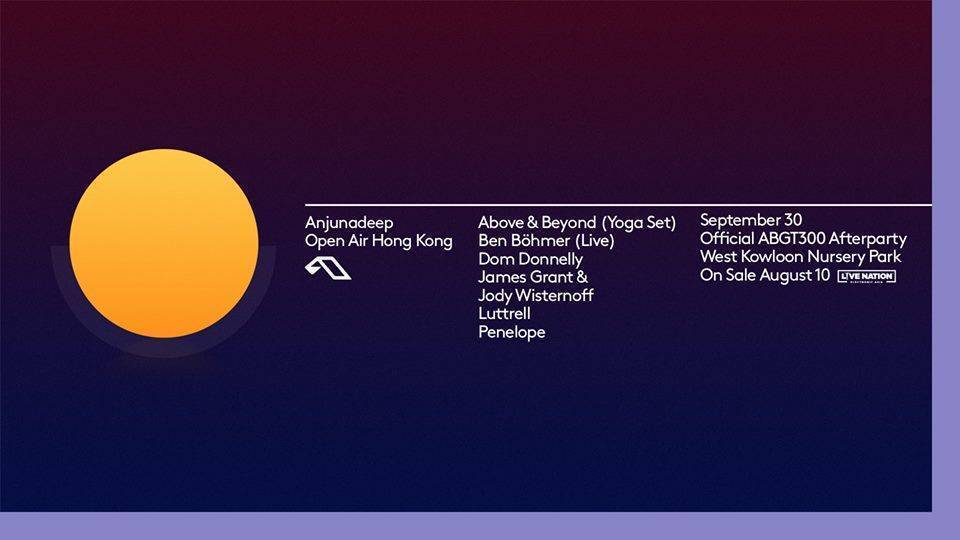 Celebrating the downtempo, soulful sounds of the Anjuna-camp, Above & Beyond reveal the location for Anjunadeep Open Air: Hong Kong, day two of their Group Therapy 300 celebrations broadcasting from the Far East this September. Anjunadeep will take over the picturesque harbour side at West Kowloon Nursery Park on Sunday September the 30th for a seven hour showcase of the labels melodic sounds. Kicking off proceedings at 2:30 p.m. with a moment of reflection courtesy of a rare Above & Beyond Yoga set. A poignant moment from last years ABGT250 celebrations at The Gorge Amphitheater which saw over 6000 people take part, Jono, Paavo and Tony will host an instructor led session on the edge of Kowloon Bay. The afternoon will then see mainstays of the Anjunadeep family take over with DJ sets from Luttrell, Ben Böhmer, Jody Wisternoff and James Grant, Dom Donnelly and Penelope.