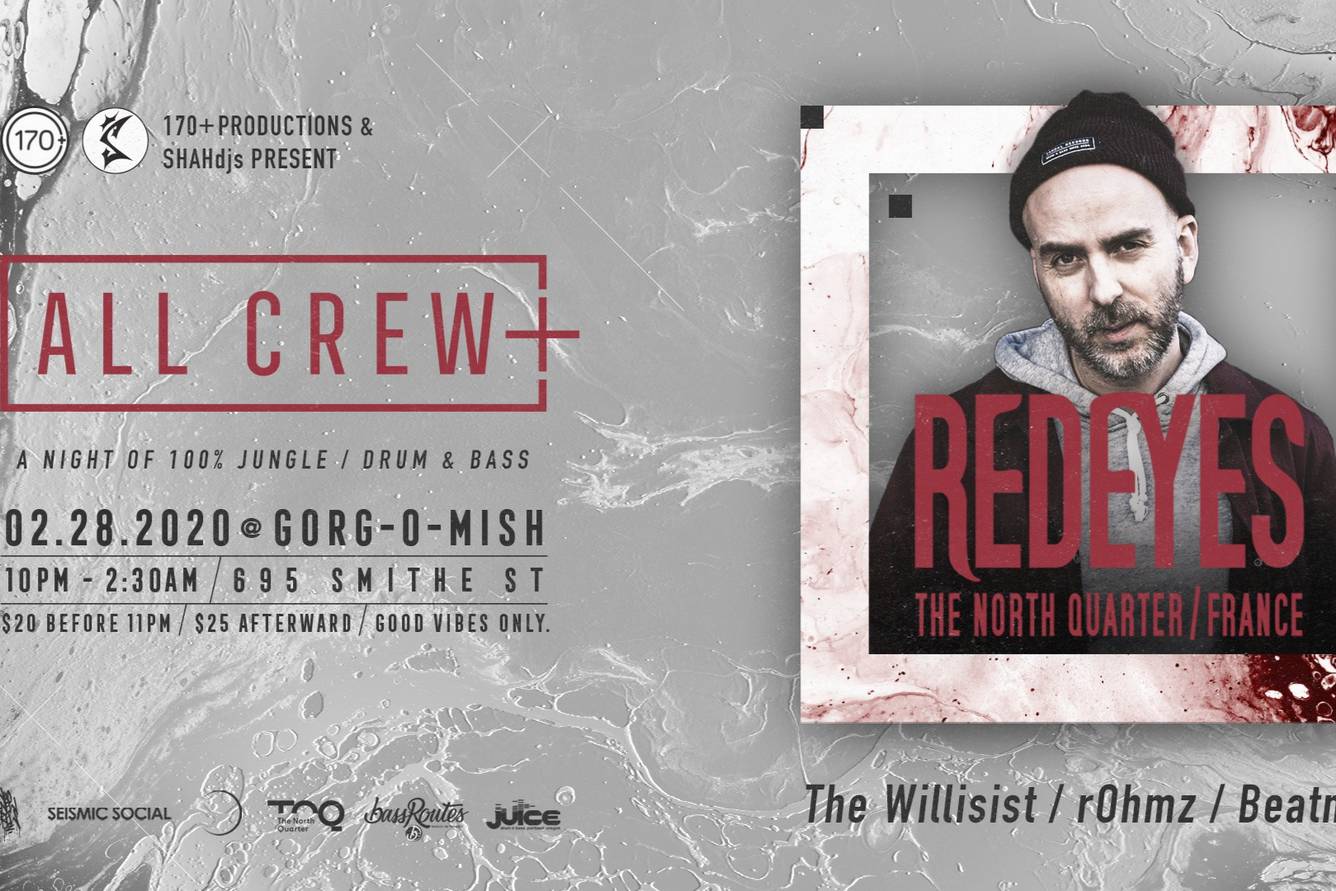 170+ Productions & SHAHdjs Present: Redeyes, The Willisist, DJ rOhmz, & Beatmool. We are all excited for our first 170+ Productions and SHAHdjs collaboration together, and this one is for the heads! Expect deep, soulful and intelligent music all night long. We want to thank everyone who has contributed to these ALL CREW nights and continues to support DNB in this great city!

REDEYES
Although France might be considered peripheral in the Drum & Bass scene, Toulouse-based producer Redeyes has consistently been on the forefront of the genre since his breakthrough in 2006. Initially starting as a DJ, Julien Salvi soon found his way to the studio, fine-tuning his own blend of soulful music.When his first album Poetry In Motion was released in 2008 his international booking schedule took off, and also gained Redeyes the approval of the most renowned people in the Drum & Bass landscape. Since then he worked closely with Toulouse based imprintVandal for some time, releasing his second album Part Of Me in 2013. He then began his now undisputed affiliation with The North Quarter, becoming one of the label’s corner stone artists. After 2017’s “Blueprints EP” he released his multi-genre masterpiece “Broken Soul”in 2018. The album is a testament of his effortless ability to switch genres and tempos, and on it his signature soulful, highly detailed production style is on full display.Although his preferred tempo is provisionally labeled as Drum & Bass, this container concept is too narrow for Redeyes’ specific sound. Firmly embedded in Hip-Hop aesthetics and its music and culture, it is only natural his influences are also informed by Jazz, Soul,Funk and Dub. Using this palette in different ways, Redeyes has released on such diverse labels as NinjaTune, Tru Thoughts, Brownswood and The North Quarter.